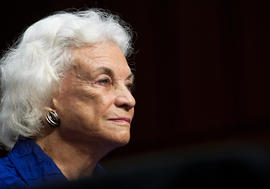 Retired Supreme Court Justice Sandra Day O'Connor announced Tuesday she has been diagnosed with the early stages of dementia, possibly Alzheimer's. The 88-year-old, who was the first woman to sit on the U.S. Supreme Court, shared the news in a letter yesterday, saying she is no longer able to participate in public life.

"While the final chapter of my life with dementia may be trying, nothing has diminished my gratitude and deep appreciation for the countless blessings in my life," O'Connor wrote.

Alzheimer's affects 5.7 million people in the United States, according to the Alzheimer's Association, including about 10 percent of people over the age of 65.

While the diagnosis is certainly scary, the disease can manifest in many different ways depending on severity and a person's age of onset, explains Dr. Gayatri Devi, a neurologist at Lenox Hill Hospital in New York City who specializes in memory disorders.

"I think the thing that most of us worry about when we develop Alzheimer's which is more feared by older Americans than cancer, is that you're going to lose yourself," Devi said on "CBS This Morning" Wednesday.

However, for O'Connor, who is older and still has much of her cognitive reserve in her late 80s, Devi said she believes progression will be slow.

Nearly two-thirds of those affected by Alzheimer's in the U.S. are women. This is due to a number of factors, Devi explained.

"First of all, women live longer so there are more women with Alzheimer's," she said. "Secondly, it seems as though women survive more with cerebrovascular disease of the brain compared to men who die earlier with it." Cerebrovascular disease, such as stroke or aneurysms, can impair normal brain function and predispose people to Alzheimer's disease.

Additionally, due to hormonal changes women are living much longer without the protective benefits of estrogen, which can increase risk.

While science has not yet established specific ways to prevent the progression of Alzheimer's disease, there are things doctors believe can help.

"Exercise, eat healthy, stimulate the parts of the brain that are failing. That helps because you don't lose [brain] plasticity just because you have Alzheimer's," Devi said. 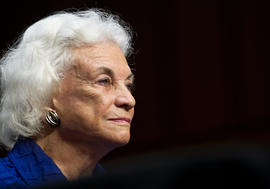 Successful transplants may change the rules