Emmy darling "The Marvelous Mrs. Maisel" has set a date for its return. The Amazon comedy, which has eight Emmys under its belt, will launch Season 2 on Dec. 5.

The trailer for Season 2 opens with star Rachel Brosnahan, who plays Midge Maisel, saying, "One year ago my old life ended and my new life began." Season 1 focused on what happens when Midge's marriage is upended, and she ends up finding a day job at a department store while she moonlights as a comedian.

"I want to be successful … but I haven't told my friends or my parents. Except my ex, he knows," she continues in the trailer.

The trailer shows that Midge has a new job as a switchboard operator and is still struggling to find her footing as woman in the 1950s comedy scene. It also appears that Midge is still involved with her ex-husband.

She says during a set, "Comedy is fueled by disappointment and humiliation. Now who the hell does that describe more than women?"

In September, Brosnahan won the Emmy for best lead actress in a comedy, and the show dominated the major comedy categories, picking up outstanding comedy series, outstanding writing for a comedy and outstanding director for a comedy. Alex Borstein, who plays Midge's manager Susie, also won outstanding supporting comedy actress.

Additionally, the second season promises there will be fallout from Midge's "takedown" of comedy legend Sophie Lennon (Jane Lynch).

Watch the trailer for Season 2. 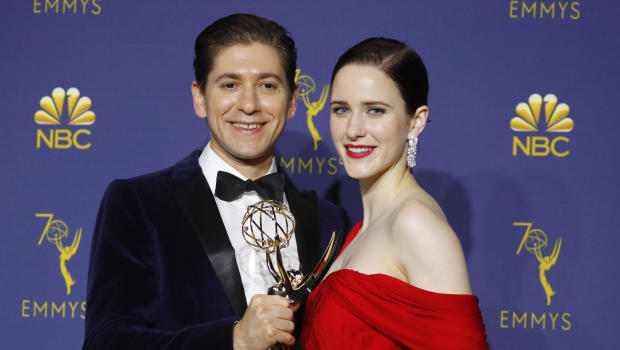