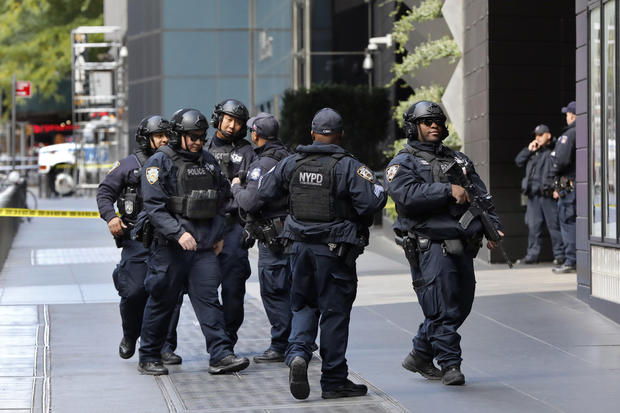 A sprawling investigation unfolded Wednesday as authorities scrambled to respond to a series of suspicious packages addressed to the homes of two former presidents and the offices of CNN and a former chair of the Democratic National Committee.

At least two of the packages contained crude explosive devices, and a massive police response shut down one of the busiest areas of midtown Manhattan for hours.

The Secret Service said Wednesday morning it had intercepted packages addressed to former President Barack Obama's home in Washington and Bill and Hillary Clinton's residence in Westchester County, New York. Another package discovered in New York prompted the evacuation of the CNN's offices.

Shortly after news of the initial packages emerged Wednesday morning, authorities hastily evacuated the Time Warner Center in midtown Manhattan, where CNN's New York offices are located. Its anchors were live on the air when an alarm rang out, and members of the NYPD bomb squad responded to the scene. Police promptly shut down the area around the building.

CNN reported the package discovered in New York was addressed to former CIA Director John Brennan, citing city and local law enforcement sources. At noon, CNN President Jeff Zucker said in a statement that police had safely removed the package from the building.

In Sunrise, Florida, the office of Democratic Rep. Debbie Wasserman Schultz was evacuated over a suspicious package. The FBI's Miami field office said the package was sent through the mail.

The official said investigators are treating the incidents as if they are linked. No one has claimed responsibility for sending the packages.

In a statement Wednesday, the Secret Service said the packages sent to the Clinton and Obama homes were "immediately identified during routine mail screening as potential explosive devices." Neither package was delivered to its intended address.

A law enforcement source told CBS News the device addressed to the Clinton home was similar to an explosive device sent to the home of billionaire financier George Soros that was discovered on Monday. The source said the package addressed to the Clinton home was sent through the U.S. Postal Service. Clinton's home is about eight miles from Soros' residence in the suburbs north of New York City.

"These terrorizing acts are despicable, and anyone responsible will be held accountable to the fullest extent of the law," Sanders said in a statement Wednesday morning that was reiterated by President Trump and Vice President Mike Pence later in the day. "The United States Secret Service and other law enforcement agencies are investigating and will take all appropriate actions to protect anyone threatened by these cowards." 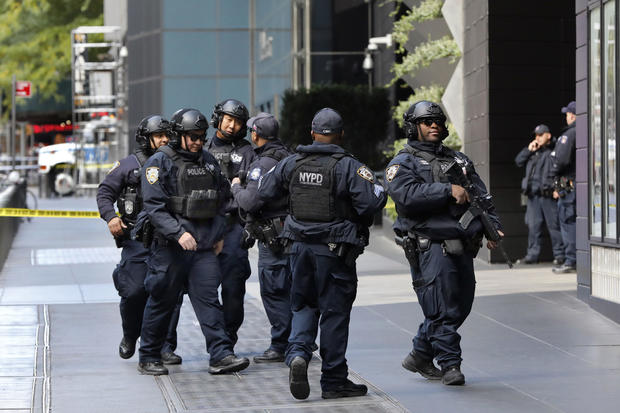