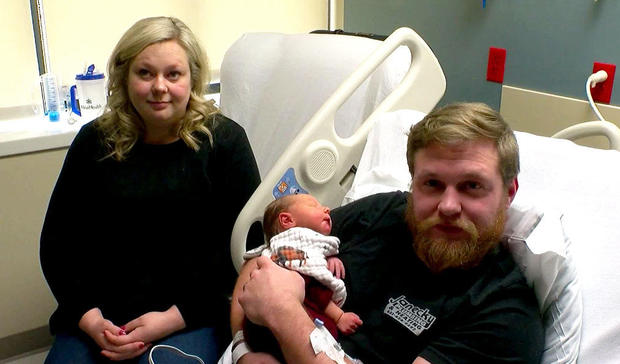 The Goette family in Minnesota was eagerly awaiting the birth of their first child, when just days before Ashley brought that new life into the world, she had to save her husband's life.

"I noticed he was not snoring, he was gasping for air," said Ashley Goette. "I called 911."

Her husband Andrew was in full cardiac arrest. Ashley had never performed CPR and wasn't sure she was up to it.

"They wanted me to get him down to a hard surface but I explained to them I was pregnant," she said.

But the dispatcher led her through it, until the paramedics arrived. Andrew Goette had been deprived of oxygen long enough that he could have severe brain damage — if he survived at all. He was placed in a medically induced coma. But the following day, he opened his eyes.

"I don't think Andrew would be here today if it wasn't for the actions of Ashley," said Dr. Alex Teeters, with United Hospital in Saint Paul.

Andrew would soon witness the birth of his son, in another emergency procedure.

"I was just so excited to be able to see him be born," he said. "To be able to hold him right away, first actually."

"He is coming home and that is all that matters," Ashley said.

It's a double reminder that life is a gift — joyous and fragile. 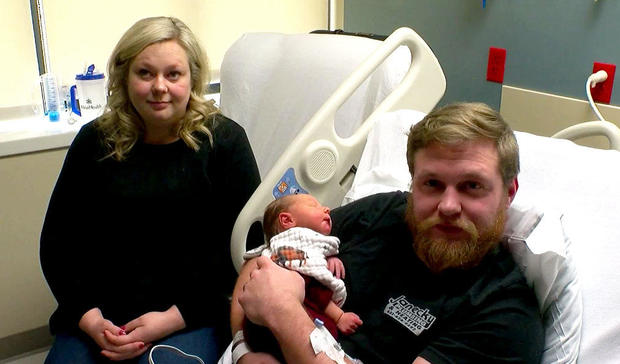