One winning ticket was apparently sold for the world record $1.6 million Mega Millions jackpot, lottery officials say. It was purchased in South Carolina.

Tickets had to match all five white balls and the yellow Mega Ball to claim total victory.

Lottery officials have yet to make an official announcement a bout the results.

But they say 8 tickets were sold in California that matched 5 of the 6 numbers needed to win. The amount each ticket is worth hasn't been announced. But none won the grand prize.

The jackpot's estimated cash value is $913 million, an option favored by most winners. Otherwise, the jackpot is doled out over 29 years. If nobody matches Tuesday's numbers, officials say the next drawing will be Friday for an estimated $2 billion jackpot.

Tuesday's jackpot has been soaring since July, when a group of office workers in California won $543 million.

Mega Millions tickets are $2 and are sold in 44 states, Washington, D.C., and the U.S. Virgin Islands. Officials say the previous record Mega Millions jackpot was $656 million, which was shared by winners in Kansas, Illinois and Maryland in the drawing on March 30, 2012. 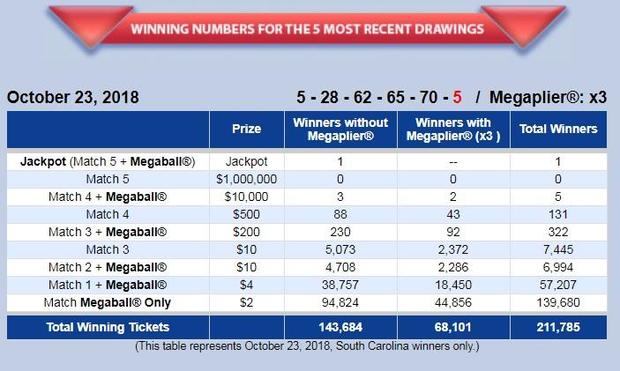 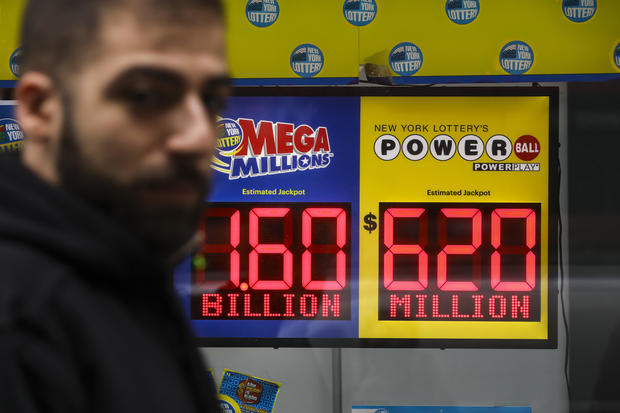