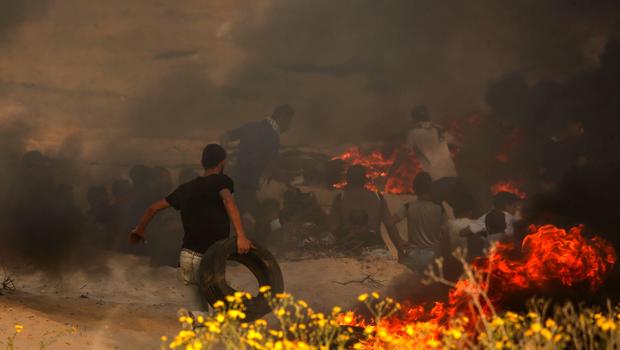 RAMALLAH, West Bank — The Palestinian health ministry says Israeli troops have shot and killed a Palestinian youth who threw stones at the soldiers during West Bank clashes. The ministry says 21-year-old Mohammed Bsharat was shot in the chest early on Wednesday, during confrontations with Israeli soldiers in the village of Tamoun in northern West Bank. It says five other rioters were wounded by live fire.

The Israeli military says some 50 Palestinians instigated a riot during a routine Israeli activity to locate illegal weapons, hurling rocks and fireworks at Israeli troops. The troops responded with riot dispersal means and live fire. The military says its searches resulted in confiscating two improvised weapons.

Israel routinely carries out arrest and weapon confiscating raids in the West Bank that sometimes draw clashes with local Palestinians.

Two of the dead were children, aged 12 and 14, the Gaza Health Ministry said, adding that all six sustained gunshot wounds to their upper torso. At least 90 other protesters were wounded by live fire.

Palestinian protesters call for an end to a crippling Israeli-Egyptian blockade imposed following Hamas' violent takeover of Gaza from the Palestinian Authority in 2007.

Israeli troops have killed at least 143 Palestinians since protests began in late March, and a Palestinian sniper killed an Israeli soldier in August. 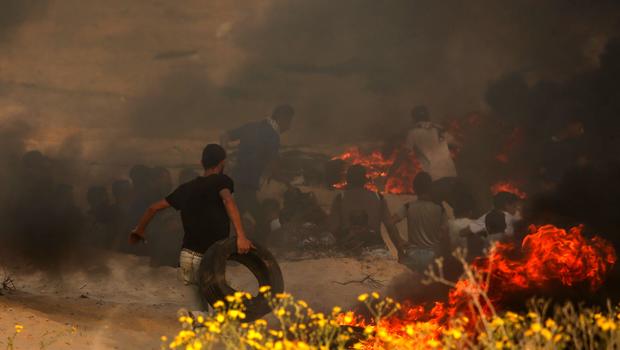 Why Putin has sent Russian troops to back Venezuela’s Maduro