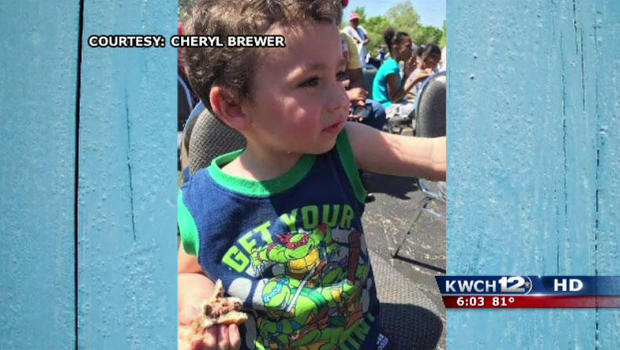 WICHITA, Kan. — A Kansas man has been found guilty of first-degree murder in the horrific abuse and slaying of a 3-year-old boy whose body was found encased in concrete in the laundry room of his home. Stephen Bodine, 41, of Wichita, was convicted Wednesday in the May 2017 death of Evan Brewer. The child's body was found four months after his death. Bodine was also found guilty of child abuse, aggravated child endangerment and two counts of kidnapping. He will be sentenced December 17.

Prosecutors called dozens of witnesses and presented more than 550 pieces of evidence during an emotional six-day trial, including parts of the concrete tomb found in the rental home where the boy had lived with his mother, Miranda Miller, and Bodine. Jurors saw videos and photos showing Evan being abused, including footage of him chained and naked in a basement, being berated by Bodine and Miller, and forced to stand in a corner for hours.

A prosecutor choked back tears as she showed pictures of the boy in chains, reports CBS affiliate KWCH. The boy's family attended the trial daily and cried after the verdict was read, the station reports.

The child was the grandson of former Kansas gubernatorial candidate and former Wichita mayor Carl Brewer. Carlo Brewer, Evan's father, praised the verdict but said his joy was tempered by sadness because of the cruelty his son had endured. Brewer had been fighting for custody of Evan in the months leading up to his death, and authorities had been alerted at least six times that Evan was being abused, but the boy was never removed from the home.

"(Evan) didn't get to have the imagination like other children, where they think there's monsters in their closets or under their beds," Brewer said. "He had real monsters hiding in his closet."

The case was one of several child abuse deaths that led to a barrage of scrutiny against the Kansas Department of Children and Families for failing to protect the young victims. In Brewer's case, the embattled department reportedly determined records were altered to cover up the fact that an abuse report was never forwarded to an assigned social worker. Following an administrative shakeup, the department's new leader vowed to enact changes.

Miller is also charged with murder in her son's death. In exchange for testifying against Bodine, she will be allowed to plead guilty to a reduced charge of second-degree murder.

Much of the evidence at trial came from a cache of 16,000 photos and video files collected by the couple's home surveillance system. In one video, Bodine and Miller are heard chastising Evan over the course of several hours, less than two months before he was killed.

"I can't really overstate what a difficult task it was to sit and absorb the kind of wretched details of how this little boy lost his life and the role this defendant had in it," Bennett said.

Miller testified that Bodine had been punishing Evan for not eating on May 19, 2017, when he took the screaming boy into the bathroom. She said he soon came out with her son's wet and lifeless body in his arms.

She said during a preliminary hearing that a few days later Bodine told her that he wanted "to take care of Evan before he started to smell." She said he mixed up several bags of concrete and buried the boy's body in it.

The boy's remains were found by a landlord who was cleaning the home after evicting the couple in early September. The landlord discovered a concrete structure and noticed an odor coming from it, Wichita Police said.

An autopsy couldn't determine the cause and manner of Evan's death because his body was so badly decomposed by the time he was chipped out of the block of concrete. He had Benadryl in his system, and Miller said she thinks Bodine sickened him in the days leading up to his death by force-feeding him large amounts of salt.

Bodine's own daughter, Samantha Johnson, also testified about the physical abuse she suffered from her father, saying her experience was similar to Evan's.

The defense claimed Bodine wasn't in the house for most of the alleged abuse, and emphasized that the coroner never proved how or when the child died, according to KWCH. The defense also argued that of the thousands of videos and pictures collected, the jury never saw Bodine physically abuse the boy.

Brewer said he hopes his son's death will lead to more efforts to confront child abuse.

"Take a step back and question what you're doing as a parent, question if it's the right way to discipline or not or if it's abuse," Brewer said. "Because it's got to stop. It's got to stop." 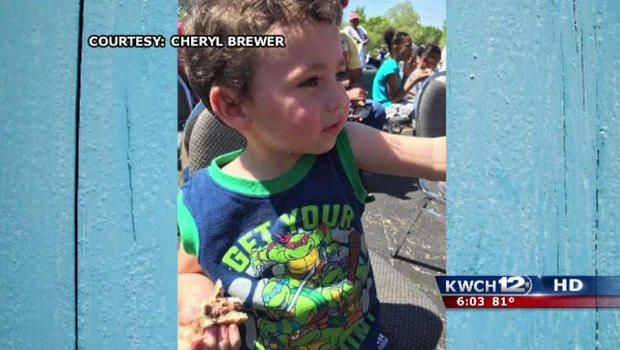 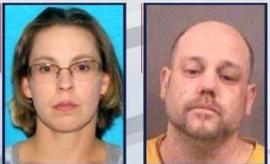