President Trump used his opportunity delivering remarks to local elected officials from California, Alaska and Hawaii at a bipartisan White House event Tuesday to tout some of his favorite topics — particularly trade deals and border security.

"We either have a border, or we don't," Mr. Trump said in the final event at the White House as a part of a two-year, 50-state project welcoming local elected officials from across the country.

Mr. Trump blamed the border crisis for the drug epidemic, and blasted Democrats for their approach to immigration. Mr. Trump has particularly had the chance to talk up immigration in recent days as a caravan of migrants from Central America heads through Mexico towards the United States. The president has claimed "unknown Middle Easterners" are mixed into the crowd, and threatened to cut off aid to Central American nations.

Since Mr. Trump's inauguration, the administration has invited county executives from each state in the nation to the White House for conversations on federal, state and local partnerships on things like workforce development, rural needs, housing access, and combatting the opioid crisis.

Mr. Trump said his administration has made it a priority to invite "important" people like those local officials to the White House. Mr. Trump said it's a very "exciting" time for America, touting the economy under his time in office. 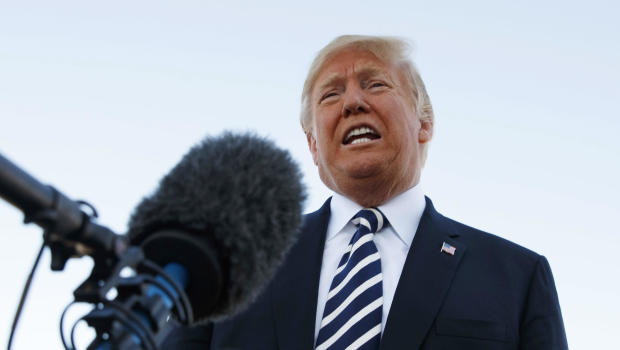