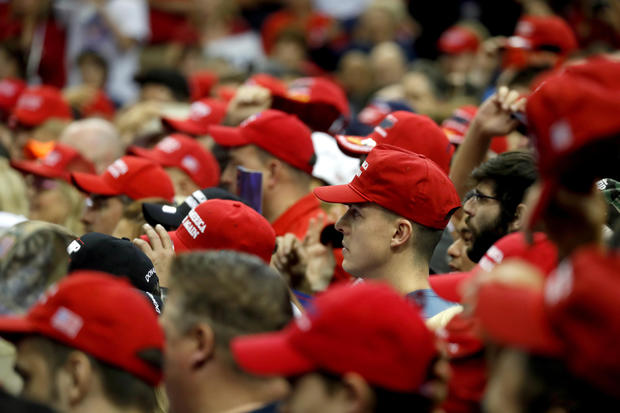 But on Monday night, they appeared on stage in Houston together as allies, as the president campaigns to help Cruz keep his Senate seat, the days of the GOP primaries for president seemingly well behind them. Cruz's race against Democratic Rep. Beto O'Rourke is closer than Republicans would like it to be, and Mr. Trump can't afford to lose any seats in the U.S. Senate that already lacks the number of Republicans he would like.

"You know, we had our little difficulties," the president acknowledged on stage at the Houston Toyota Center.

Speaking to reporters at the White House on his way to Houston, Mr. Trump said he and Cruz have moved on, saying he's not "lyin' Ted" anymore but "beautiful Ted."

"To me he's not lying' Ted anymore, he's beautiful Ted. He's, I call him Texas Ted," the president said on the White House South Lawn. "No, Ted Cruz and I had a very very nasty and tough campaign. It was a very competitive, it was a very tough campaign. Once it ended and we got together, and by the way very late into the campaign — people were shocked. I said don't worry it's only a question of time. And then ultimately what happened, we fought it out, the outcome was obviously and we have worked together very closely. I actually like him a lot and he's a very smart guy. he loves the people of Texas which I do."

But that didn't mean the president regretted anything he said on the campaign trail. Asked Monday if he regretted suggesting Cruz' father was responsible for killing John F. Kennedy, Mr. Trump said he regrets nothing.

"I don't regret anything, honestly. It all worked out, very nicely," Mr. Trump said.

Cruz might need the support. O'Rourke has brought in eye-popping fundraising figures — $38 million in the third quarter of 2018 alone, compared with more than $12 million for Cruz.

The Houston rally comes as Mr. Trump continues to blast the caravan of migrants heading from Central America through Mexico on their way to the southern border. The president claimed "unknown Middle Easterners" and "criminals" are mixed into the crowd, which has grown into more than 5,000 people. The president is expected to highlight border security — or what he sees as a lack thereof — and claim Democrats are weak on immigration.

With just two weeks until the midterm elections, the president has openly said immigration and the caravan is a great political issue for Republicans to seize. Will Trump's endorsement help or hurt Ted Cruz in his battle against Beto O'Rourke? Early voting begins in Texas Monday, along with parts of Florida and Massachusetts.

"There's a lot of information – hopefully you people are looking – but how come this happened?" Mr. Trump told reporters last week. "People are saying there's a lot of money being passed around so that this would normally hit just before an election. But I happen to think it's a great issue for the Republicans – this is a great Republican issue." 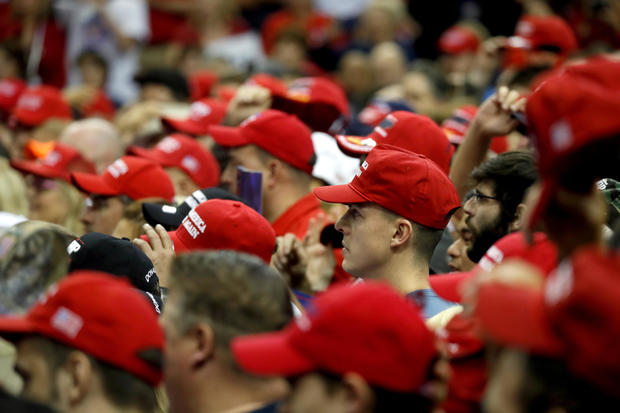