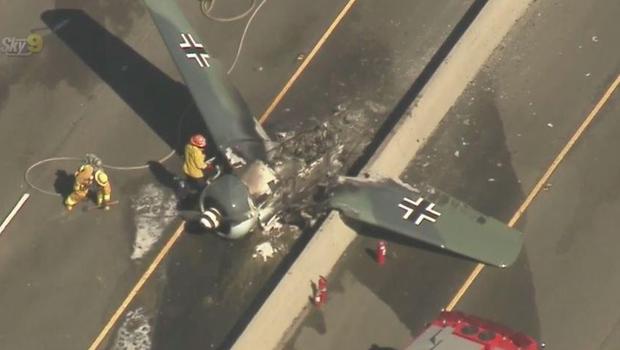 A plane crashed and burst into flames in the middle of the busy 101 Freeway in Southern California on Tuesday, bringing traffic to a standstill. The accident was reported about 1:50 p.m. near the Liberty Canyon Road exit of the northbound side of the freeway in Agoura Hills, according to the Los Angeles Fire Department.

The cause of the accident wasn't immediately clear. The LAFD rescued the pilot, who was trapped, and said there were no other injuries. CBS Los Angeles reports there was a passenger onboard and also escaped unharmed.

Fire crews extinguished the flames and officials stopped traffic in both directions.

The California Highway Patrol issued a "SigAlert" — or unplanned traffic disruption — for the time being.

The plane appears to be a World War II-style fighter jet. Images on social media showed the plane in flames, moments after it crashed.

Officials said the FAA is responding to the crash and will investigate. 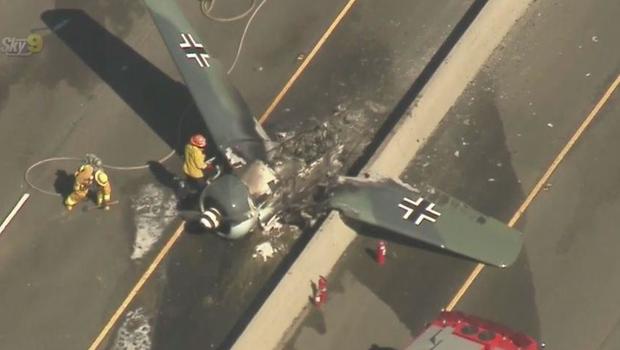