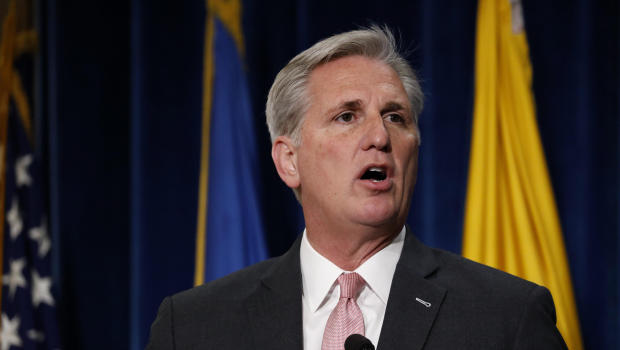 House Majority Leader Kevin McCarthy posted a picture Monday evening on social media of a boulder thrown through a window into his office in California, saying he was seeking the identity of two men who vandalized the Bakersfield office.

In a post on his Instagram account, McCarthy showed pictures of the two men he says were responsible as well as a shot of the damage.

"Does anyone know these two guys? They threw a boulder thru our office window and took office equipment," McCarthy wrote.

McCarthy, the No. 2 ranking Republican in the House of Representatives, is seeking to replace Speaker Paul Ryan, who is stepping down at the end of this term. 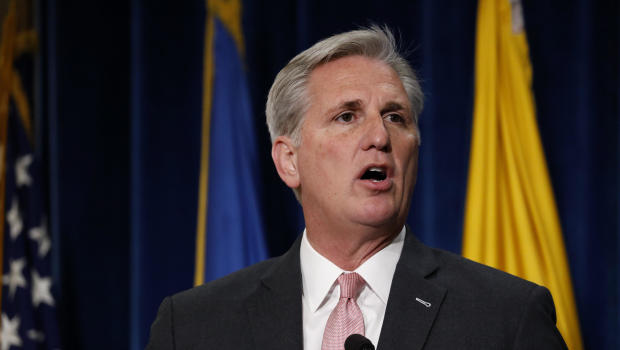