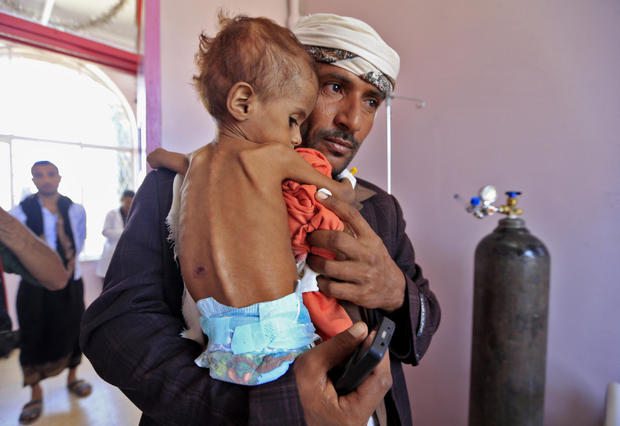 UNITED NATIONS — A report published Tuesday on the risk of famine in Yemen says 8.4 million Yemenis are "severely food insecure and depend on emergency food assistance." It concludes that the crisis is directly related to ongoing conflict in the country.

The report, which was published by the United Nations Office for the Coordination of Humanitarian Affairs (OCHA) and submitted to the U.N. Security Council, says that 75 percent of Yemen's population — 22 million people — require some form of assistance and protection.

"Hunger and food insecurity have increased 70 per cent over pre-crisis levels, and severe acute malnutrition among children has increased by a staggering 150 per cent," says the OCHA report.

It says "humanitarians estimate that 3.5 million to 4 million more people could become severely food insecure in the months ahead" if current economic conditions continue. "In a worst case, this number could increase to 5.6 million, bringing the total number of people in Yemen in pre-famine conditions to 14 million."

Last week, the U.N. warned that Yemen is facing what could become "the worst famine in the world in 100 years," BBC News reported.

Yemen's civil war is at a stalemate between a U.S.-backed, Saudi-led coalition and Houthi rebels aligned with Iran. The conflict started with Houthi rebels' 2014 takeover of Sanaa, Yemen's capital. Efforts by U.N. special envoy to Yemen Martin Griffiths to broker talks have not yet succeeded, and the latest round collapsed without a resolution.

World Food Programme Executive Director David Beasley told "60 Minutes" last year that the Saudi-led coalition, the Houthis "and all of those involved" are using food as a weapon.

The Saudi-led coalition has hit weddings, market and schools with airstrikes, according to an August U.N. report, and aid groups say a Saudi blockade on Yemen has contributed to a current economic desperation. Both sides in the fight are accused of war crimes, but with weapons supplied by the U.S., Saudi Arabia is capable of much greater damage, Holly Williams reported earlier this year.

"Yemen is currently facing the world's worst hunger crisis, with almost 18 million people throughout the country not knowing where their next meal is coming from, while over 8 million of them (are) considered to be on the brink of famine," said Herve Verhoosel, a senior spokesperson for the U.N.'s World Food Programme. 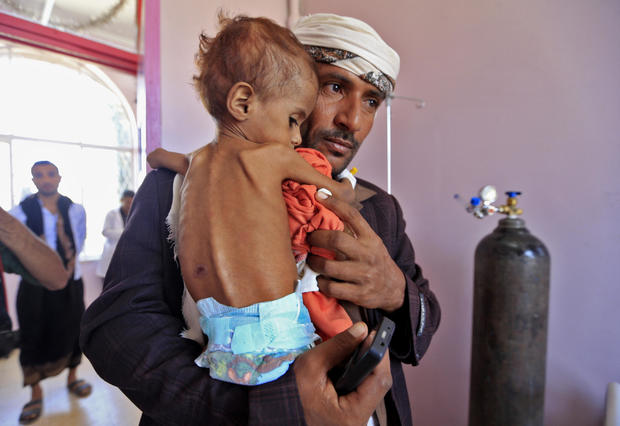 Odd series of events led up to fire that killed ex-Zappos...

Four strangers with the same name form a band