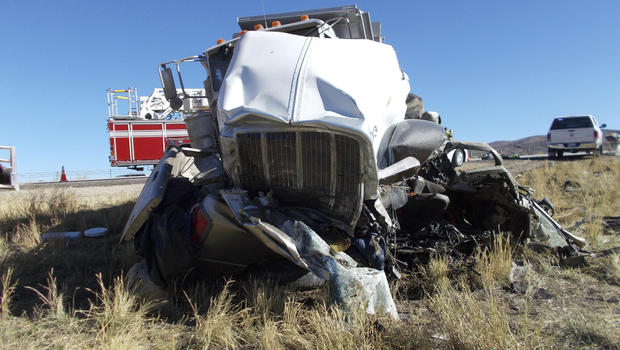 SALT LAKE CITY — Five of the six men killed last week when a dump truck collided with a pickup truck on a Utah highway were from Honduras, authorities said Monday. Efrain O. Cardenas, 62, of Salt Lake City, is the only one of six victims identified so far, after a deadly crash on State Route 40 on Friday, CBS Salt Lake City affiliate KUTV reports.

They were killed Friday when a dump truck driven by 41-year-old Jamie Don McKenzie crossed a median and hit the oncoming pickup south of Park City.

Three of the men were ejected and all six died at the scene.

The men were traveling to a work site, authorities said. Viridiana Cardenas, the daughter of Efrain Cardenas, told KUTV her father and the five other men worked together. They were driving back from a week-long out-of-state work trip, she said.

She told KUTV that her father has obtained permits for years from federal agencies like the Bureau of Land Management to collect wild seeds. He then would sell the seeds to companies that restore forests after wildfires.

"They were good people. Hard workers, " she said.

Cardenas said she doesn't know much about her father's work companions, but her family tried to reach out to their families in Honduras by searching for possible relatives on Facebook.

Matamoros did not provide the victim's full names, ages or home cities.

"It's so sad for our country," Matamoros said in Spanish.

It's unknown if McKenzie has an attorney. He is set to make his initial court appearance Tuesday afternoon in the city of Heber, Utah.

Four days before the fatal crash, McKenzie was cited with following too close in a vehicle.

In August, McKenzie was charged with assault and intoxication in a domestic violence incident. He pleaded guilty to the charges, and took a plea in abeyance in which he agreed to complete alcohol abuse evaluation and take an anger management class.

In July he was charged with having an open alcohol container in a car.

In 2013, McKenzie pleaded no contest to impaired driving and having an open container.

In 2002, McKenzie pleaded guilty to two counts of sexual exploitation of a minor and was sentenced to nine months in jail. That same year, a judge ordered him to get "alcohol counseling" after he took a plea in abeyance on domestic violence-related charges.

When questioned by authorities after Friday's fatal crash a state highway near Heber, about 15 miles south of Park City, McKenzie denied drinking alcohol and refused a blood alcohol test, according to a probable cause statement.

But troopers reported that he smelled of liquor and that they found open containers in the dump truck. McKenzie said he drank whiskey the night before, the document said.

The dump truck was taking dirt to a Park City company on Oct. 19 around midday when authorities say it crossed the median and vaulted a cable barrier, hitting a pickup truck with six people inside traveling the opposite direction, the Utah Department of Public Safety said in a news release.

Before the crash, troopers received multiple calls about the dump truck swerving and cutting off other vehicles. 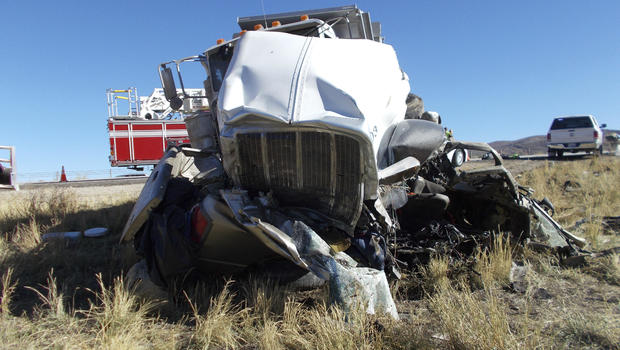 Speaking at funeral, priest criticizes teen who killed himself