Mr. Obama called upon Democrats to "restore some sanity to our politics," warning darkly of demagogues who "promise to fight for the little guy" and then "start undermining institutions essential to our democracy."

"There are states where Republicans are actively purging voter rolls right now," Obama told the crowd. This kind of politics is not just conservative, he said. "It's radical."

The consequences of your staying home, he told Nevadans, is "profoundly dangerous" to our democracy. 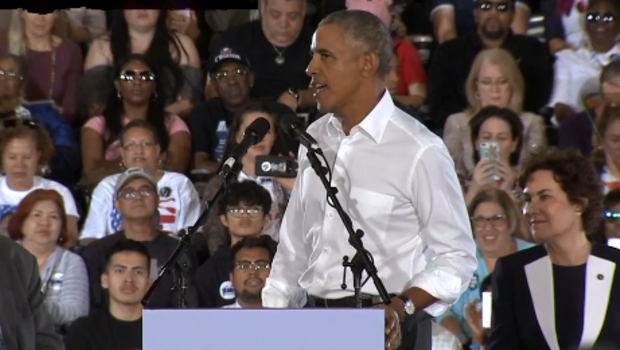 Jason Rezaian discusses his time in an Iranian prison