WASHINGTON — Julia Louis-Dreyfus is one of the best-known comedic actresses of her generation, and now she's being recognized with the Mark Twain Prize for American Humor for a lifetime in comedy. She is the 21st person to be honored with the award by the Kennedy Center for the Performing Arts. Jerry Seinfeld, Stephen Colbert and 2010 Mark Twain recipient Tina Fey are among those offering testimonials to her talent.

As celebrity guests arrived for the ceremony, Seinfeld recalled the first time he saw Louis-Dreyfus in action – and knew almost immediately she was a major talent.

His iconic sitcom, "Seinfeld," was still in the planning stages and producer Larry David knew Louis-Dreyfus from their time together on "Saturday Night Live."

Seinfeld said: "We had just two short pages of script, and we sat down to read the dialogue together. As soon as she opened her mouth, I knew she was the one."

Seinfeld also credited Louis-Dreyfus for having the confidence and strength of personality to hold her own on what he called "a very male show."

That confidence was evident very early for Louis-Dreyfus, who said she knew as a young child that she had a gift for comedy.

"The first time I really knew was when I stuffed raisins in my nose and my mother laughed. I ended up in the emergency room because they wouldn't come out!" Louis-Dreyfus said.

She shared her memory as she walked the red carpet on her way into the Kennedy Center Concert Hall.

Comedian and director Kumail Nanjiani grew up in Pakistan and never saw an episode of TV's "Seinfeld" until he immigrated to the U.S as an adult.

"But I became a huge fan as soon as I moved here," he said.

The co-writer of the movie "The Big Sick" particularly recalls her iconic, slightly convulsive "Elaine Benes dance" on the show, which he credits to Louis-Dreyfus' gift for physical comedy.

"There are some comedians who think physical comedy is beneath them," he said. "But she was just fearless and ego-less."

Deborah F. Rutter, the president of the Kennedy Center, said in a statement, "Like Mark Twain, Julia has enriched American culture with her iconic, unforgettable, and outright hilarious brand of humor. Over four decades, her wildly original characters and her gift for physical comedy have left us in stitches."

Production on the upcoming seventh season of "Veep" was delayed as Louis-Dreyfus received treatment for breast cancer.

PBS will air the Twain event on Nov. 19. 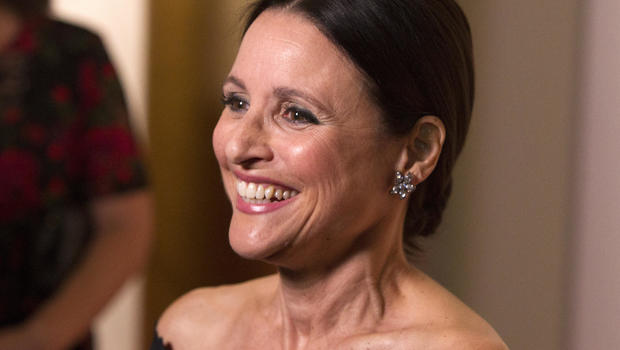 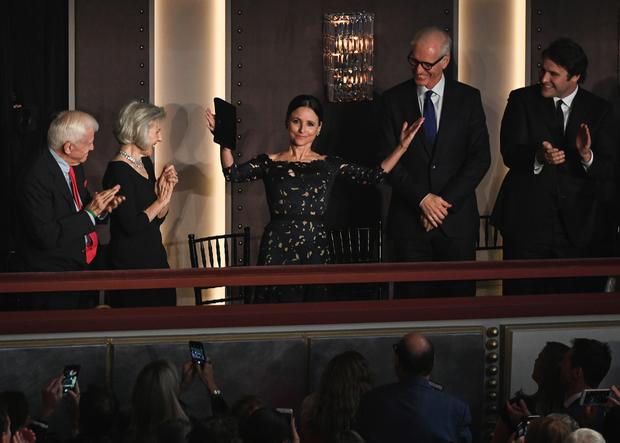 Weird Al Yankovic gets star on Hollywood Walk of Fame