Harvard's admission process is under trial, with the Ivy League college defending itself from allegations it discriminates against Asian Americans. Whatever the outcome, it won't change the underlying fact that a Harvard degree remains one of the most valuable in the country.

A decade after graduation, Harvard grads earn median annual pay of $129,000, or 58 percent more than the $81,600 in median annual pay earned by non-Ivy League college graduates, according to data provided to CBS MoneyWatch by PayScale.

Even among Ivy League schools, Harvard edges out the competition: graduates of all Ivy League colleges earn $124,600 after a decade in the workforce, PayScale found.

It's no wonder that a Harvard degree is considered a golden ticket to a better future by many students and their parents. At the same time, it's harder than ever to gain entry to an Ivy League school, with admissions rates for Harvard and its competitors dropping to all-time lows.

Last year, almost 43,000 students applied to Harvard, but only 5 percent received an acceptance letter, one of the lowest admittance rates in the country.

By comparison, one Stanford grad from the 1970s noted that his class' acceptance rate was 31 percent. Last year, Stanford accepted less than 5 percent of applicants, making it one of the country's most selective colleges.

In earlier decades, applicants dashed off short essays that wouldn't get them a second look today, such as John F. Kennedy's five-sentence application essay for Harvard, which is cited by one college consulting firm as evidence that the college's admissions "have gotten a LOT more rigorous over the past century."

As competition for Harvard has grown stiffer, questions about its admissions practices have mushroomed. In 2014, an anti-affirmative action group called Students for Fair Admissions sued Harvard, alleging the college's admissions policies discriminate against Asian-American students.

Asian-Americans had an average acceptance rate of 8.1 percent from 1995 to 2013, according to the Harvard Crimson, citing data presented at the Harvard admissions trial now underway in a Boston courtroom.

That's the smallest rate of any racial group, with Hispanic-Americans and African-Americans experiencing an acceptance rate of 10.6 percent and 13.2 percent, respectively. Whites have an 11.1 percent acceptance rate.

Asian-Americans are allegedly held to "a far higher standard than other students," the Students for Fair Admissions claim in its lawsuit. The complaint cites a Harvard Crimson survey of 2017 freshman, which asked them their SAT scores. The results found East Asians and Indians scored above the survey's median SAT result of 2237, while other minorities scored below the survey's median.

"Harvard requires much more of its Asian-American applicants than it requires of other races and ethnicities," the complaint alleges.

There are two group of students that appear to have a remarkably easier acceptance rate: children of Harvard graduates and children of large donors. In evidence presented during the trial, internal Harvard emails appear to signal the college's preference for applicants with well-heeled parents.

"Once again you have done wonders. I am simply thrilled about the folks you were able to admit," the administrator wrote in an email to the dean of admissions, William R. Fitzsimmons. "[Redacted] and [redacted] are all big wins. [Redacted] has already committed to a building."

Such preferences suggest that Harvard and other elite institutions may be contributing to the "rich get richer" phenomenon by admitting wealthy students, who then will get a foothold into high-paying jobs and connections with other Harvard grads. Some critics point to Trump adviser and son-in-law Jared Kushner, who was accepted into Harvard shortly after his father, a real estate developer, pledged $2.5 million to the university, according to ProPublica.

Of course, a Harvard education isn't necessary to succeed. Graduates of other colleges find success across many fields and industries. Even so, given that the value of a college diploma has increased during the past two decades, with college grads securing the best jobs, getting a Harvard acceptance letter may be more valuable than ever. 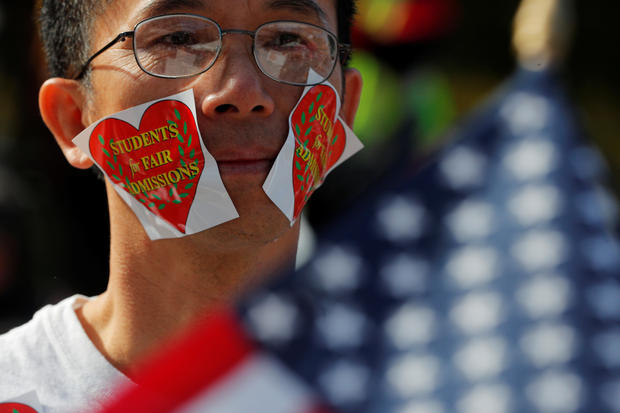 Tom Petty’s daughter and members of the Heartbreakers reflect on his...

CBS names interim chairman as 2 board members step down