HAWTHORNE, Calif. — Are Los Angeles area residents a step closer to a shorter commute? Is science-fiction closer to reality?

CBS Los Angeles reports the tweets set off a frenzy on the internet.

His 23 million followers were certainly excited.

Musk describes a system, which The Boring Company calls "Loop," as one in which vehicles would descend via elevators into tunnels and speed along in electrically-powered pods.

"Loop is a high-speed underground public transportation system in which passengers are transported on autonomous electric skates traveling at 125-150 miles per hour," the company says on its website. "Electric skates will carry between eight and 16 passengers (mass transit), or a single passenger vehicle."

Workers have been building the tunnel for more than a year. CBS L.A. reports a crane operator was at it until it got dark Sunday.

The work has long been shrouded in secrecy.

But it's no secret that drivers are fed up with long commutes and traffic and they are literally looking for anyone to save the day.

"The traffic above ground is too much," said Jerrell King.

Musk has been touting the high-speed underground idea for a few years.

Beyond the debut date of the first tunnel, very little else is known. But that's the way Musk likes it.

In June, Musk's company announced it won a bid to build a high-speed transport connection from Chicago's O'Hare airport to the city's downtown area. The project would cut the trip from downtown to the airport to 12 minutes from a typical 45 minutes on mass transit, and is expected to be operational within three years. 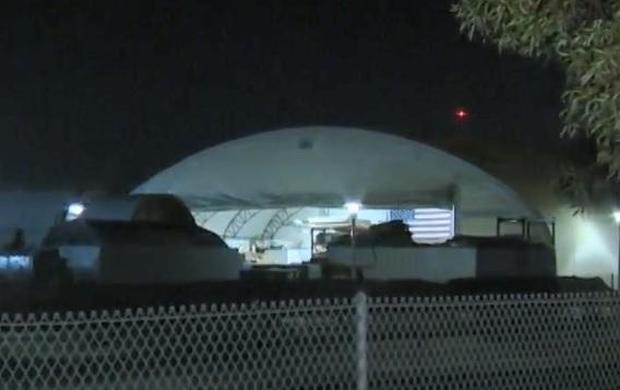 Why this purse costs more than the average house