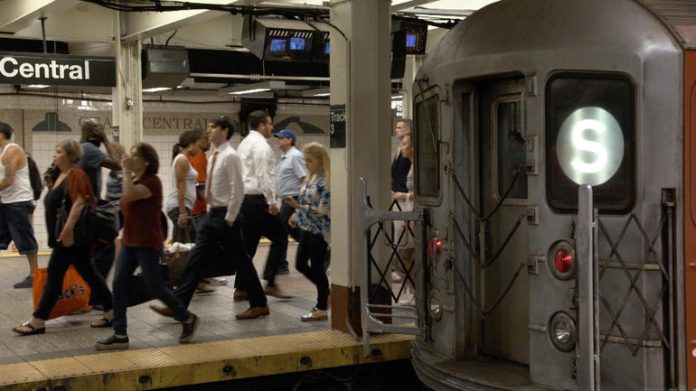 How cameramen captured the symphony of the NYC subway

From running with passengers to filming a wannabe Jimi Hendrix, shooting the sights and sounds of the subway was challenging—and a whole lot of fun

In its 51 seasons, 60 Minutes has put a spotlight on many different types of characters — politicians, musicians, athletes. But this week on the broadcast, a first: The New York City subway itself becomes a character, the subject of politicians' squabbling and an underground city of its own, where musicians play, and everyday athletes sprint for their train.

60 Minutes producer Marc Lieberman and associate producer Ali Rawaf wanted to capture everything in the subterranean courtyard: the smell, the noise, the dirt, the heat. With more than 600 miles of track running uptown, downtown, and out into the borough, the task was enormous.

So were the risks. In the video above, 60 Minutes cameraman Chris Albert explains the challenge.

"It is one of the easiest places that I've ever been to get killed," Albert said. "If you're not paying attention, you're finished. You've got 10,000-amp voltage rails running past you. You've got trains going back and forth."

To prepare themselves to film on the tracks, several members of the camera crew attended the MTA's track safety training course. It's a day-long class — with a test — that ends with practice on the tracks. Albert told 60 Minutes Overtime that, if a train were coming toward him on the tracks, the sound would fill the tunnel so much that he may not realize a second train is coming behind him in the opposite direction. Filming required intense concentration, he said, because one misstep could be deadly.

That's not to say the job was all work.

"It made it fun for us, because you could shoot the flow of things, the flow of the people, the trains, the movement, how everybody's heads sort of bob together," he told 60 Minutes Overtime's Ann Silvio. "It's just such a playground for camera guys."

The camera guys who shot the playground included Albert, Don Lee, Dan Bussell, Mark LaGanga, Aaron Tomlinson, and Ron Dean. The team was rounded out by sound technicians Jack Norflus, Matthew Magratten, Bill Hickey, and Russ Fisher, who also came up with a lot of ideas for camera shots.

Although it's the first time 60 Minutes has focused on the New York City subway as a whole, the broadcast has previously turned the spotlight on one of her most majestic train stations: Grand Central.

"Above all, Grand Central is theater, New York's best attended public theater," Safer reported in his 1990 piece, embedded above. "Today it is a loosely choreographed ballet to the music of Johan Sebastian Bach."

In the subway in 2018, the music is jazz, a wannabe Jimi Hendrix, and Johannes Braham's Hungarian Dance No. 5. And whether they were chasing running riders down the platform, or trying to capture the underground world whiz by from the train's perspective, Albert said the 60 Minutes team enjoyed trying to capture it all.

"This story was a fun one, and it was about the living, breathing entity that the New York subway is," he said. "It's a pretty amazing piece of the world."

The video above was produced and edited by Will Croxton. 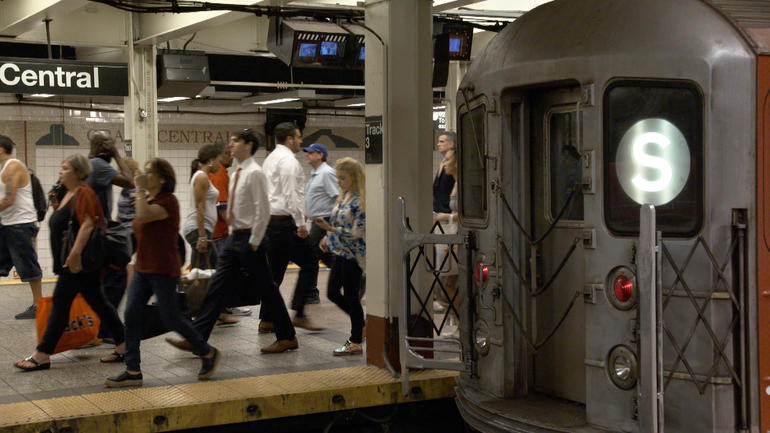 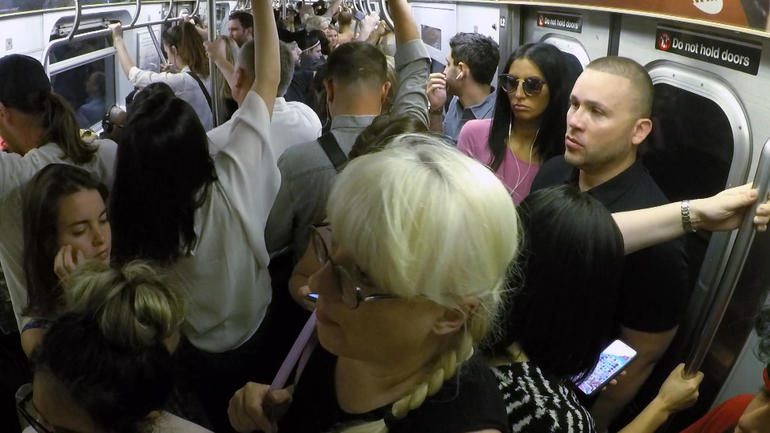 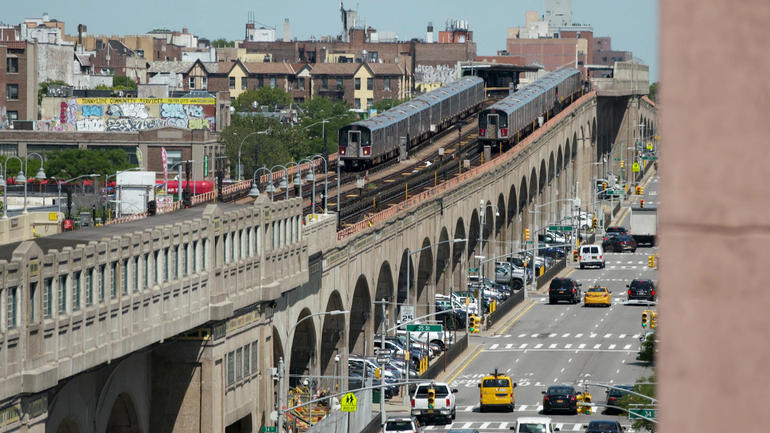 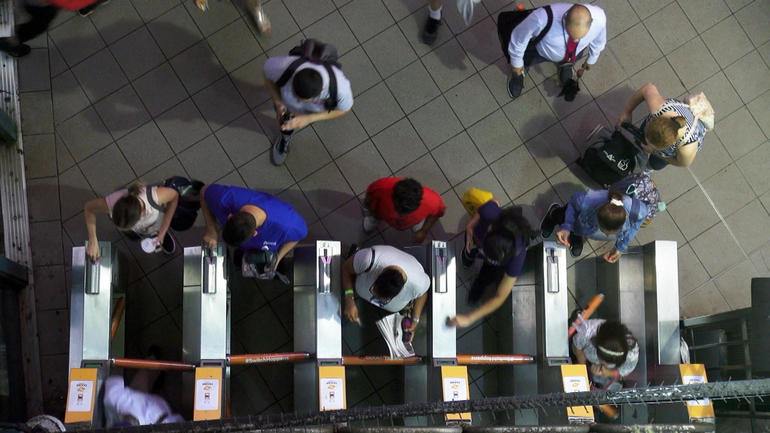 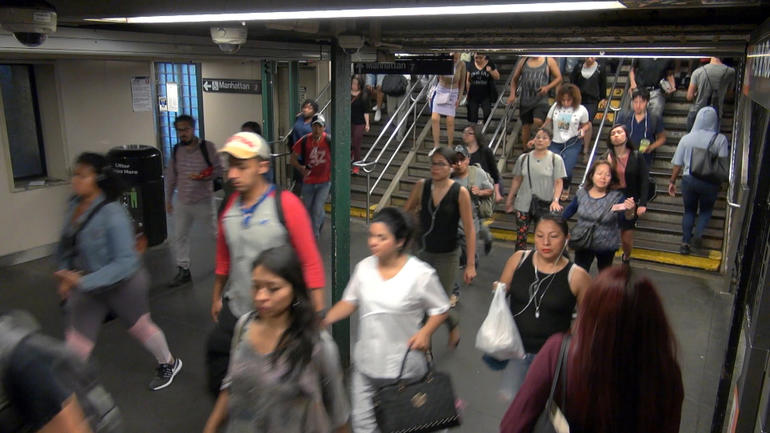 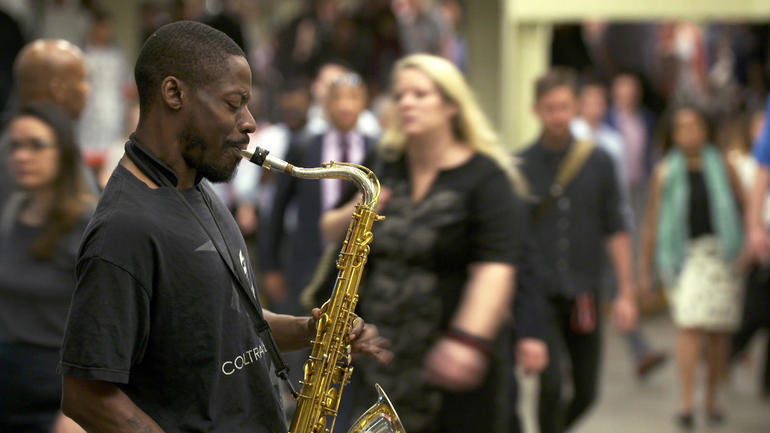