Amy Schumer is pregnant with her first child, she announced via her friend, pundit and author Jessica Yellin. Schumer married chef Chris Fischer in a beach wedding in February. At the time, she told fans that she was not pregnant, despite the rumors.

But on Monday, Schumer announced that eight months later, she is pregnant. She wrote in her Instagram Story to go to Yellin's Instagram account to see a special announcement.

"I wanted to share some news from our community, maybe it's noise, but it's happy noise," Yellin said. "So I'm not in the business of making voting recommendations, but these are the recommendations of Amy Schumer, one of the most consistent and earliest supporters of News Not Noise. Now read all the way to the bottom, you'll see there's some news down there. Congratulations, Amy."

Yellin posted notes from Schumer with all of Schumer's voting recommendations, with a line at the end that said, "I'm pregnant-Amy Schumer."

Schumer announced her marriage in a similarly coy fashion, simply posting a photo from her wedding that said, "Yup."

The "I Feel Pretty" star, who is related to Senate Minority Leader Chuck Schumer, is pretty politically active. She was detained when she took part in a protest against Supreme Court justice Brett Kavanaugh earlier in October. In September, she announced that she planned to vote for Gov. Andrew Cuomo in the New York primary election, but later revealed that she ended up voting for Cynthia Nixon. 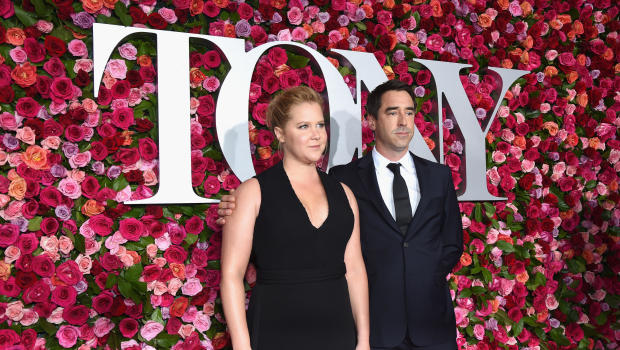 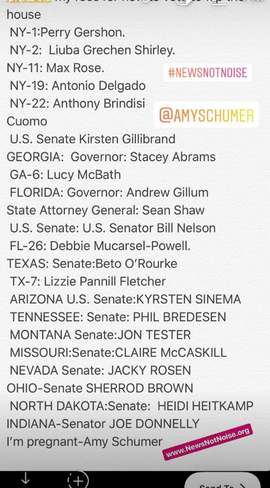