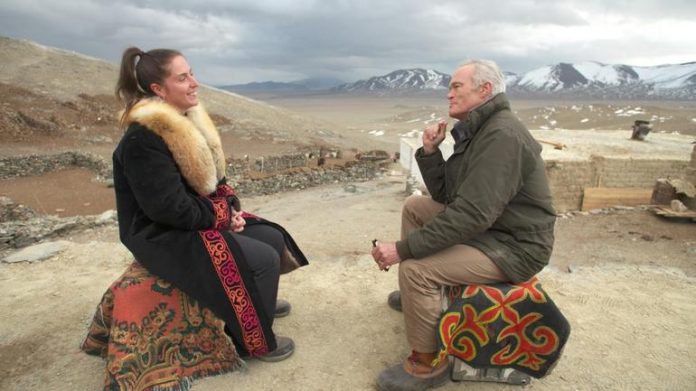 In the Mongolian steppe, hunters partner with golden eagles to catch game. When Lauren McGough found out about it she said, "I have to see it. I have to do it.”

Falconry, the art of hunting with birds of prey, was born in the forbidding Altai Mountains of Central Asia. Hunters there still loft golden eagles into the sky in a partnership of man and bird that predates recorded history. We say 'man' but, in truth, one of the best hunters in Mongolia today is a woman from Oklahoma City. Lauren McGough took us to one of the most remote places on earth to meet the hunters who trained her. And, before the next few minutes are through, you will know what it's like to fly like an eagle.

The Mongolian steppe is the greatest expanse of grassland unaltered by humankind. It endures because human existence has narrow odds between the widest climate extremes on earth: 104 degrees in summer, 50 below in winter. Nomads depend on the animals that yield nearly all of their food, fiber, clothing and fuel. And, one of the oldest bonds in nature is an alliance of survival among hunters, horses, and golden eagles.

Lauren McGough: This is the most ancient form of falconry in the world. This is where it all began. It's the cradle. So, several thousand years ago– we don't know precisely when– a man saw an eagle catch a rabbit or a fox and had the ingenious idea to hunt in partnership with it. It blows my mind that it's even real. It's like something out of "Lord of the Rings." But you can do it.

Lauren McGough was in high school when she dedicated her life to raptors. She traveled with us to the place she calls the 'cradle.'

6,000 miles led us first to the Mongolian capital of Ulaan Bataar. This civilization conquered the known world in the 13th century. The Mongols ranged from Asia to Europe – the largest contiguous empire of all time. From here, we flew another 800 miles to Bayan-Ölgii, where Mongolia, Russia, China and Kazakhstan meet. This was the end of the road, but not the end of our journey. We crossed the open steppe, past wild Bactrian camels with two humps, a vanishing species with only about 1,000 left in the world. Our destination was a camp of nomads, people who introduced Lauren McGough to the golden eagle.

They hadn't seen her in two years.

Lauren McGough: It feels like I never left. I, just in a few minutes of seeing everybody. Such a magical place.

Scott Pelley: Now, how did a woman from Oklahoma end up out here, in Mongolia?

Lauren McGough: Ah well, I read a book on falconry. And it's like the fire was lit. I just knew I had to do it. And, as I was researching, I went to the library, and I found this old book that had black and white photos of eagle hunters from Mongolia. So, you know, this beautiful shaggy horse and this man with a giant eagle and a fox pelt on his horse. And it just looked like the most incredible thing. And I thought, "I have to see it. I have to do it."

At the age of 17, her father, a former Air Force stealth pilot, brought her to Mongolia. Lauren returned five years later with funding from a Fulbright Scholarship. Then she earned a Ph.D. based on her work with the eagle hunters.

Lauren McGough: These are the people that can talk to animals. Because they have relationships with goats, sheep, horses, camels, eagles. They have intimate knowledge of where snow leopards are and foxes are. There's no agriculture here because the land's not arable. So, they've ingeniously learned to domesticate animals and then build these unique relationships with wild animals.

It's a relationship that she learned from people who endure the life of 19th century ranchers. They are Kazakhs, who make up just four percent of Mongolians. They have no running water, no electricity. They survive on meat and milk and burn dung as fuel. The nomads live in clusters of a half-dozen families or so. The boys mind the flocks while the men ride in search of foxes to make furs for sub-zero survival.

Scott Pelley: In all the years you've been doing this, what have you learned about these animals?

A hunter named Chukan gave us an answer we never saw coming.

Chukan (Translated): As they said in the old times, if the horse makes your name famous, in a race, once a year, the eagle makes your name famous a hundred times a year. If I gift to people many foxes, they will say it was Chukan who gifted us the foxes. Eagle hunting is more about your name being spread far and wide among the people.

So, if eagle hunting is about the ego of men, we wondered how they saw Lauren McGough.

Scott Pelley: Did you have any doubt that a woman could hunt with an eagle?

Scott Pelley: Why did your brother take her in?

Chukan (Translated): She came from a world far away. She had her mind set on learning to hunt with the eagle. Her motivation came from deep in her heart. We just couldn't say no.

When Lauren first came to Mongolia it took her two weeks to catch an eagle she could call her own.

Scott Pelley: How do you catch a golden eagle?

Lauren McGough: Yes. So, you have a dead hare that you lay out with a crow or a raven steaked nearby. And you encircle it in a net. So, the eagle on migration looks down and sees this hare that only a crow has possession of. And it thinks, "Ah, I can easily bully that crow out of that rabbit and have a free meal to myself." So, it comes in. And, when it tries to grab the dead rabbit the net enfolds around the eagle.

The eagle is taught to feed at the hand of the hunter. And, as long as the meals are regular, the eagles are calm, content and come back for more. They perch on the hunter's arm with a rawhide leash called a jess tied to their legs.

They train the birds with a fox pelt tugged by a rope. This is what happens when the eagle zeroes in on a fox. After the bird makes the kill, the hunters ride in, strip the pelt, and give the meat to the eagle. It's a technique well over a thousand years old.

We may not know exactly when it started, but you don't have to be here in Mongolia very long to figure out why it began. In an area as vast as this, with game so rare, it helps to have a hunting partner that can see seven times better than a human and cover all of this at about 50 miles an hour.

What is that like? The eagles were kind enough to show us. We custom-built a soft, rubber camera harness and learned how to fly.

Golden eagles are abundant all around the Northern Hemisphere. In terms of survival as a species, conservationists call golden eagles an animal of "least concern."

Lauren McGough: This is a ten-pound bird. Which, don't be fooled if that doesn't sound like a lot. They have hollow bones, and they're mostly feathers. So, ten pounds on a bird is an enormous bird. They have a six-foot wingspan. They usually have lovely amber eyes. And the name "golden eagle" derives from the beautiful golden feathers on their nape. And then, the rest—

Scott Pelley: Yes, around the neck?

Lauren McGough: They're incredibly effective at killing, which is what they're built for. They're a modern-day Velociraptor. A perfect product of evolution. I will never be tired of a golden eagle flying. Every time, it thrills me.

The eagle's talons can close on its prey with a bone crushing force of 900 pounds per square inch, a fun fact that is no fun to know.

Lauren McGough: Perfect. Very good. And then, go ahead and stand up. And then, to secure the eagle, place your jesses between your thumb and the rest of your fingers.

Lauren McGough: Yes. The noise that the eagle recognizes is "kah, kah" whenever you're ready, just take off her hood.

Notice she said, "good girl." The only eagles worthy of partnership are female. They're larger, stronger, better hunters. Ironic, since the human partner is traditionally male.

Scott Pelley: Of all the eagle hunters you've known, how does Lauren rate? How good is she?

Chukan (Translated): She is at the same level as men. She could compete with them.

Lauren, now 31, is considered one of the best falconers in the world. She has brought the ancient ways to Oklahoma, where she rehabilitates raptors and trains with her own eagle named Miles.

Scott Pelley: What is the career of one of these eagles?

Lauren McGough: So an eagle is trapped the first year, second year, maybe third year, on its migration. And then, it has a time with an eagle hunter, which could be as short as a year or as long as six, seven, eight years, eventually, they return that eagle back to the wild.

Scott Pelley: It is part of the tradition to let them go?

Lauren McGough: Yes. They firmly believe that an older eagle should be in the wild.

Scott Pelley: What do you say to some people who might watch this and think that the eagles are being abused? That they shouldn't be caught?

Lauren McGough: I would encourage anybody that has doubts to go out with a falconer in this country or in the United States or anywhere. We only encourage their natural instincts. The only difference is you are right there. You have a front-row seat to see this incredibly million-year-old predator-prey relationship.

Scott Pelley: Do you worry that, one day, there will be no more eagle hunters?

Ouni (Translated): No. It is an essential art that Kazakhs are born with. Since Kazakhs have come to the earth, they have been practicing this tradition. It will not disappear. Also, each of us has a young person that we teach, like this boy. It passes from generation to generation.

Scott Pelley: What's at stake if this tradition is lost?

Lauren McGough: This is where man first figured out that he could have a relationship with a raptor. And what a loss would it be for humanity if it was gone. We can take an individual eagle and bring it– from the spectrum of wild all the way to tame, and then wild again. And we get to see what they're capable of– up close and in person. Man, if that understanding of eagles and animals were to leave, that's not a world I want to live in.

The boy, named Bekka, is the hope of his family's traditional world. He's learning horsemanship and falconry. And it was with Bekka that we discovered the most endangered species on the steppe, the nomads themselves. There may be only 300 eagle hunters left, a rare breed of human still speaking the language of the wild. 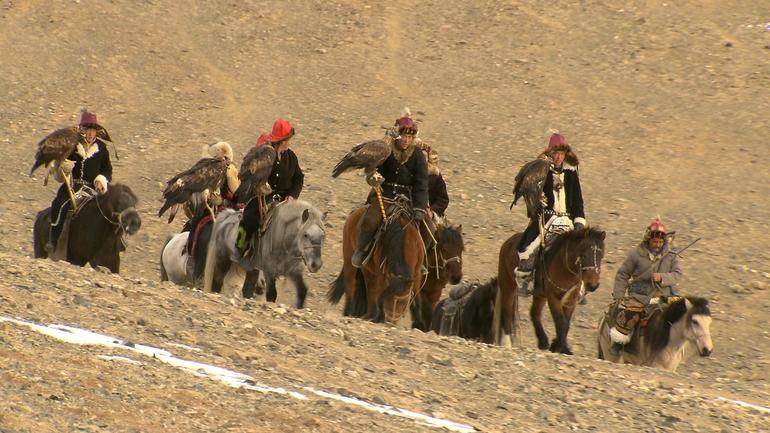 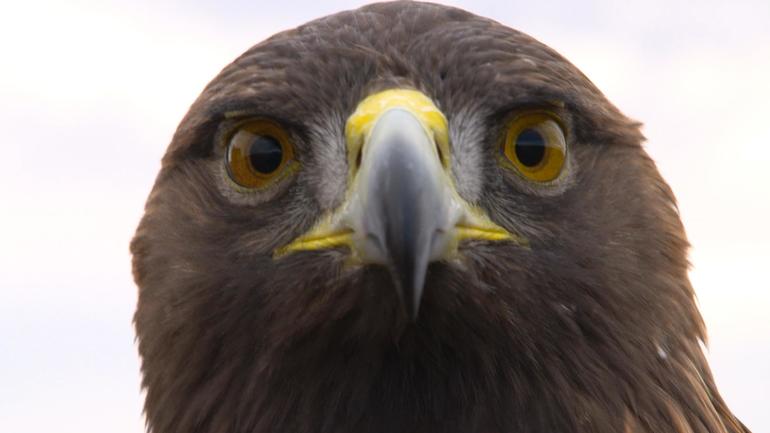 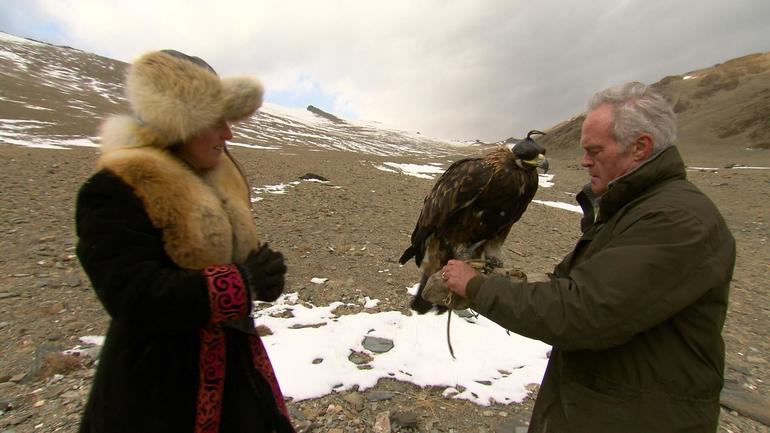 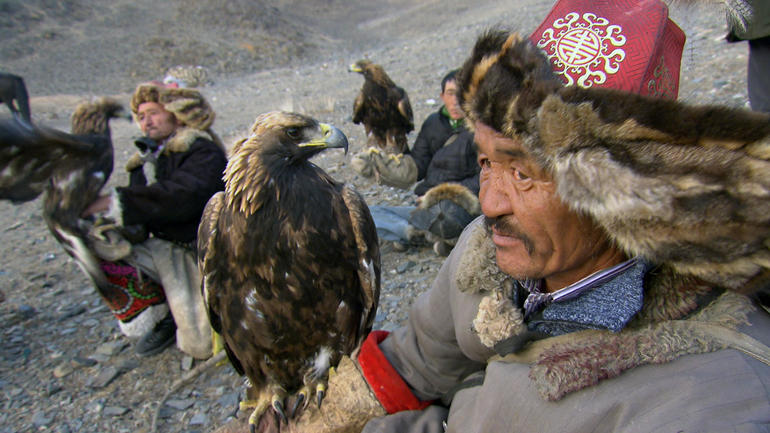 How advanced is AI today?