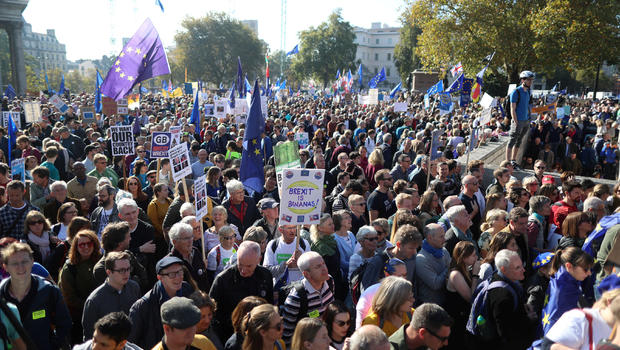 LONDON — Hundreds of thousands of protesters opposed to Britain's impending exit from the European Union marched through central London on Saturday, demanding a new referendum and to have a say on the government's final Brexit deal with the EU. Young voters led the People's Vote march to London's Parliament Square, which supporters say attracted approximately 700,000 protesters, BBC News reports. The Metropolitan Police said it was not able to estimate the size of the crowd.

Organizers say another public vote is needed because new facts have come out about the costs and complexity of Britain's exit from the bloc since voters chose to leave in 2016.

About 150 buses of marchers pour into the British capital from all across the country. Police did not provide an attendance estimate.

"What's clear is that the only options on the table now from the prime minister are a bad Brexit deal, or no deal whatsoever," London Mayor Sadiq Khan, who joined the march, told the BBC. "That's a million miles away from what was promised 2 1/2 years ago."

Khan said Saturday's protest was a "march for the future" for young Britons, including those who were too young to vote in Britain's 2016 Brexit referendum, when those who favored leaving the EU won narrowly by 52 percent.

The march also had support from a number of MPs who want a fresh vote.

The mayor, from the opposition Labour Party, has previously backed mounting calls for a fresh referendum so the public can have a say on whether they accept Prime Minister Theresa May's Brexit deal or choose to stay in the EU.

May, the leader of Britain's Conservatives, has ruled out another public vote on the subject.

That didn't stop the crowds on Saturday from demanding one. Among them was "Lord of the Rings" actor Andy Serkis, who marched with his son and wife. Serkis said he believes there should be a second referendum "now that people are more informed."

One of the great accomplishments of the 1998 peace deal that ended decades of violence in Northern Ireland was to dismantle the police and military presence at the border with Ireland. Many on both sides do not want a "hard" border again.

There are also growing fears of a "no-deal" British exit, which could create chaos at the borders and in the EU and the British economies.

May, speaking at an inconclusive EU summit in Brussels this week, said she would consider extending a proposed 21-month post-Brexit transition period for the U.K – one that could keep Britain aligned to EU rules for more than two years after its March departure.

The EU has said extending that period would give more time to strike a trade deal that ensures the Irish border remains friction-free. Pro-Brexit politicians in Britain, however, saw it as an attempt to bind the country to the bloc indefinitely.

"This week's fresh chaos and confusion over Brexit negotiations has exposed how even the best deal now available will be a bad one for Britain," said Andrew Adonis, a Labour member of the House of Lords. "Voters will neither forgive nor forget if (lawmakers) allow this miserable Brexit to proceed without people being given the final say." 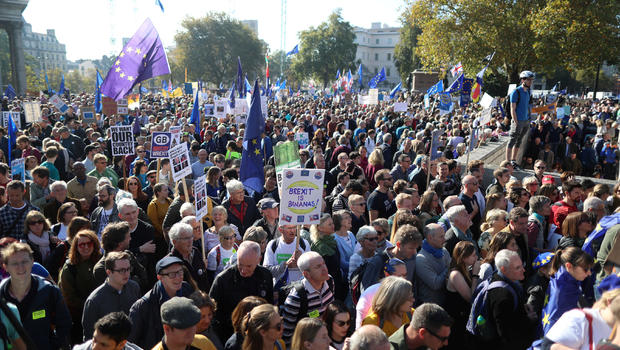 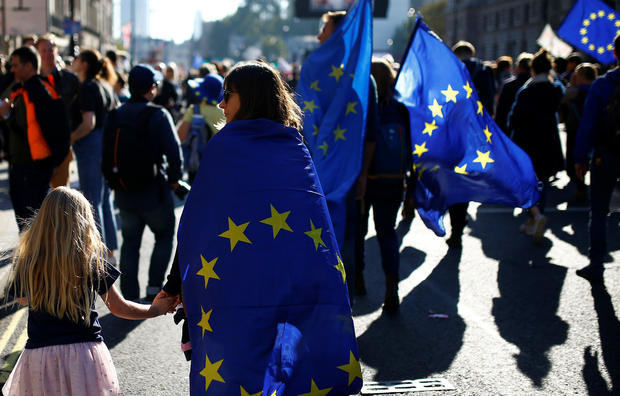