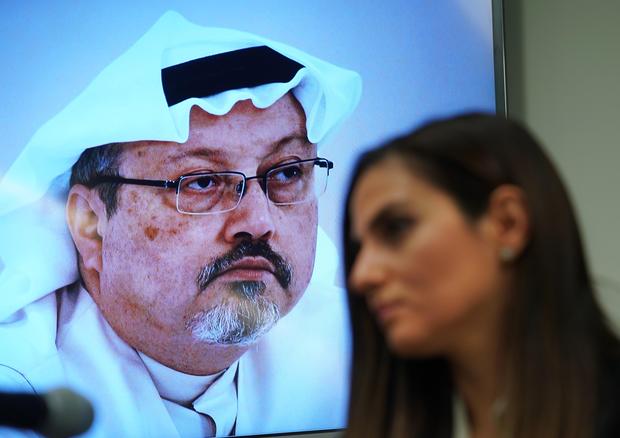 ISTANBUL — Amnesty International says Saudi Arabia should "immediately produce" the body of Saudi journalist Jamal Khashoggi so that independence forensic experts can conduct an autopsy in line with international standards.

The human rights group issued the appeal on Saturday, after Saudi Arabia said the columnist for The Washington Post was killed in a fistfight in the kingdom's Istanbul consulate — a reversal from previous Saudi assertions that it knew nothing about Khashoggi's fate. The writer vanished after entering the consulate on October 2.

Samah Hadid, Middle East director of campaigns for Amnesty International, said in a statement that the Saudi version of events can't be trusted and that whoever is responsible, regardless of their rank or status, should be brought to justice.

Hadid said an independent investigation ordered by U.N. Secretary-General Antonio Guterres would be necessary to avoid a "Saudi whitewash" of circumstances surrounding the killing or any attempts by other governments to "sweep the issue under the carpet to preserve lucrative arms deals and other business ties with Riyadh."

"The world needs to know what happened to Khashoggi," it says in a statement calling for action.

Khashoggi, a prominent journalist and royal court insider for decades in Saudi Arabia, had written columns critical of Crown Prince Mohammed bin Salman and the kingdom's direction while living in self-imposed exile in the U.S. In an interview with CBSN last year, he criticized the princes's behavior in foreign policy, calling it "impulsive."

On October 2, he went missing after going to the Saudi consulate in Istanbul to obtain paperwork for his upcoming marriage.

Turkey is conducting its own investigation into his killing and has promised to publicize its results once the probe is complete.

Saudi Arabia said that 18 suspects were in custody and that intelligence officials have been fired. President Donald Trump on Friday called the announcement a "good first step" and said he would work with Congress on a U.S. response.

Asked by a reporter whether he thought Saudi Arabia's explanation for Khashoggi's death was credible, Mr. Trump said, "I do. I do." But he said before he decided what to do next, he wanted to talk to the crown prince.

"Saudi Arabia has been a great ally, but what happened is unacceptable," Mr. Trump said.

In a statement Friday night, White House press secretary Sarah Huckabee Sanders said the U.S. will closely follow international investigations into Khashoggi's death and will advocate for justice that is "timely, transparent and in accordance with all due process." 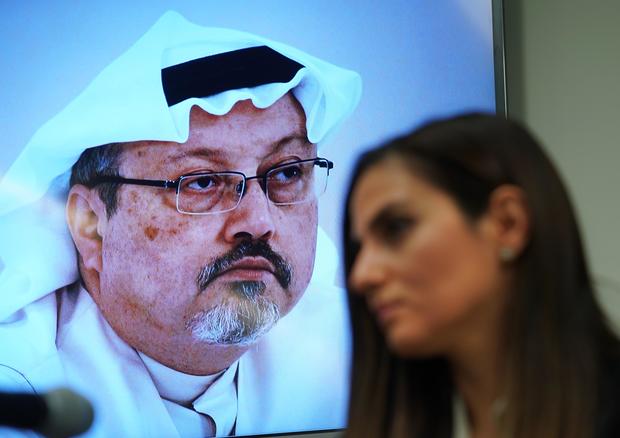