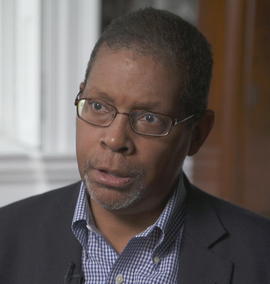 From Elliot Ness to Robert Kennedy, America has a long history of crusaders against organized crime. But a little known name in that fight is Eunice Carter.

Back in the 1930s, Eunice, a granddaughter of slaves, became New York's first African-American assistant district attorney. She's credited with helping take down one of America's most notorious mob bosses.

That story is just one of many told in a new biography of Carter called "Invisible" written by her grandson Yale law professor, Stephen L. Carter.

Eunice was a prominent black activist, community leader and attorney who made her mark decades before desegregation. She was a woman so famous in her day, she counted Mary McLeod Bethune and Eleanor Roosevelt as friends.

"I wanted to tell an American story, a story about hope and a story about overcoming adversity. That's certainly the story of my grandmother's life," Carter told "CBS This Morning: Saturday" co-host Michelle Miller.

The real-life prosecutor even inspired a character on HBO's "Boardwalk Empire." As Stephen describes in the book, online comment threads quickly mocked the character calling the notion that there was a black woman lawyer in that day "ridiculous" and "anachronistic." But his grandmother was real and really did prosecute mobsters.

In the 1930s, Thomas Dewey was appointed special prosecutor to take on the mafia in New York City. He hired 20 lawyers 19 white men and Eunice Carter.

"They are all working on loansharking and kidnapping and murder, numbers running. But Eunice is a woman. So they give her prostitution. … So Eunice alone in this office listens to the citizen complaints begins to do research," Stephen said.

By 1936, she found evidence linking organized crime to Charles "Lucky" Luciano, the most powerful mafia boss in America.

"She is able to go to Dewey and say … I found the evidence that the mob was running this … and he allows Eunice to basically run this big raid where they're going to raid 80 brothels at the same time," Stephen said. "She was able to prove that Luciano and the mob did take a cut of money for prostitution. She was the only assistant in Dewey's office who ever connected Luciano with any crime."

Eunice's story began in Atlanta, where race riots left a lasting impact. Her home was destroyed and she vowed to another child that she would grow up to be a lawyer and put the bad people in jail, according to Stephen. Her parents were intellectuals and activists. They raised Eunice and her brother to believe that with determination, anything could be achieved.

Eunice would rise to importance in the Republican Party, playing a role in Thomas Dewey's presidential bids in 1944 and 1948.

"His party adopted the strongest civil rights platform ever adopted by a major party at that time, largely through Eunice's efforts and when he was on the stump he talked about Eunice," Stephen said.

Despite her hard work, some things remained out of reach.

"She wanted to be a judge. That was really an ambition of hers and she thought as a good Republican who campaigned for the right candidates that would happen one day. It never did. Interestingly, Eunice didn't blame race. She didn't blame gender. She blamed her brother," Stephen said.

Alphaeus Hunton, four years her junior, spoke several languages, held degrees from Harvard, NYU and taught English at his alma mater, Howard University. But he was an outspoken communist. In 1951, he went to prison for refusing to name names to the House Un-American Activities Committee. When he was released six months later, Paul Robeson and W.E.B. Du Bois were there to greet him, but not his sister.

"Toward the end of their lives they reconciled a little bit but they never saw each other again before they died," Stephen said. "It's a very sad story and it's a reminder of what can happen when we allow our politics to divide us from each other that I can't get along with you because of our sharp political differences."

"One of the things that's exciting to me about telling Eunice's story is that it fits in with something I think we need in these times … to be reminded that against much bigger odds there are people who did manage to break through," Stephen said. "I'm not suggesting there aren't barriers today that are real, but I think that the more we study about people who broke through the barriers of those days the more hope we have I think the future now." 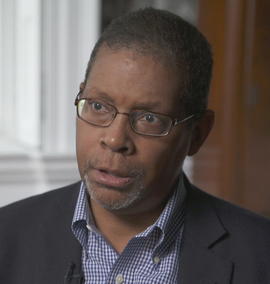 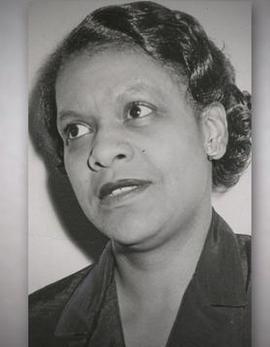