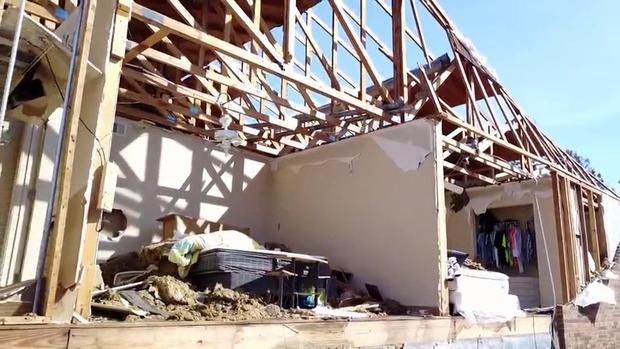 By David Begnaud CBS News October 19, 2018, 6:40 PM Family of 12 struggling to find shelter more than a week after Hurricane Michael

PANAMA CITY, Fla. — More than a week after Hurricane Michael, families in the Florida Panhandle continue to struggle. For some, it's been a very difficult road to recovery.

"This is the first hurricane I've ever been part of, me or my family," said Porschia Snerling.

Hurricane Michael caused major damage to the Foxwood Apartments in the heart of Panama City. The residents of the 100 unit apartment complex have been told it's too dangerous to stay there. But many, like Snerling are wondering where they'll go next more than a week after the storm hit.

Snerling lives there with her mother, Raechelle Webb, and 10 family members including six children. Nights are spent in the dark and most days the toilet doesn't work.

The buildings' management gave Snerling, her family and about 50 other people living in the building an ultimatum: They had to get out by today.

"Well we called FEMA and FEMA going to put us up in a hotel so now we have to figure out how to get there," said Webb.

They have no money, or gas to make the trip. A big issue is it's hard to find a FEMA shelter for 12 people. Snerling went to three hotels she heard were FEMA approved, but none of them had rooms.

"They were not taking anymore check-ins," she said. "I don't know, I am quite lost at this point."

In Bay County, which includes Panama City, more than 36,000 households have contacted FEMA for help. More than 1,300 people are currently living in FEMA temporary housing.

Back at the apartment complex, Webb spends a lot of time at the car — the only place she can charge her phone. She desperately searched for an available U-Haul truck before she finally found one.

"I have some positive vibes that my family is getting out of here," she said.

In the last few hours, CBS News got word that they found a hotel in Panama City Beach for the night.

"I definitely want to come back here, I do," Snerling said.

They will sleep a lot better — dryer and safer too. 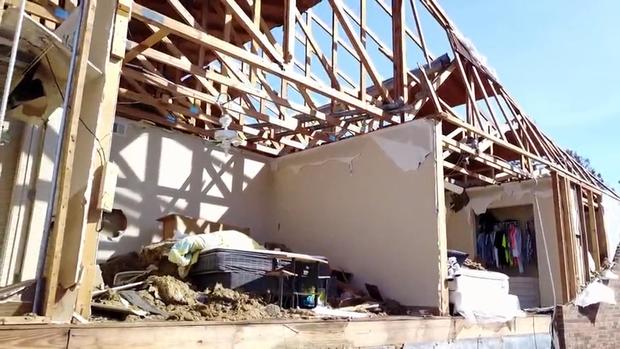 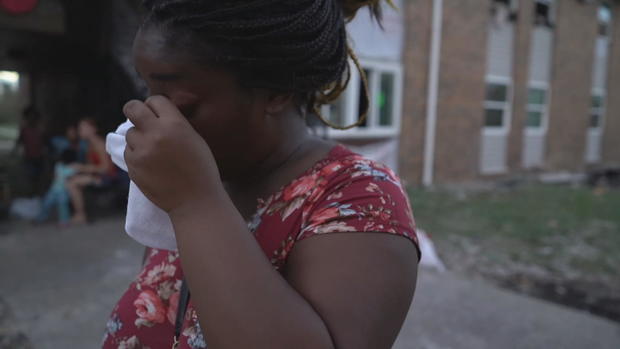