Trade war with the U.S. is contributing to falling auto sales in China, the world's biggest auto market. In September, Ford's auto sales in China plummeted by 43 percent, and General Motors' fell 15 percent. And those drops are weighing on the carmakers' share prices.

Both companies, which make and sell cars in China in joint ventures with Chinese companies, were caught in an overall 11.6 percent decline in Chinese auto sales — the biggest drop in nearly seven years. Combined with slumping auto sales in the U.S., the China slowdown could help lead to further declines in the U.S. auto stocks.

Ford and GM stocks are both down about 27 percent since June in part over concern about the effects of the U.S. tariffs already imposed on autos from China, as well as the threat of new ones. China has retaliated with its own 25 percent tariffs on vehicles imported from the U.S. But that levy chiefly affects BMW SUVs made in South Carolina and exported to China.

Analysts are warning of more headwinds for car manufacturers, thanks partly to fears that the Trump administration will impose previously threatened auto tariffs on additional countries in Europe and Asia. Goldman Sachs recently predicted that tariffs for Japan, Korea and the European Union are likely sometime after the U.S. midterm elections.

The Goldman analysts base their case on a clause contained in the recently concluded trade agreement with Canada and Mexico. That last-minute deal narrowly avoided tariffs on cars from those countries. A provision in it exempts most cars from Canada and Mexico if the U.S. does impose wider tariffs.

If those tariffs materialize, they could lead to higher overall prices for some U.S. auto buyers. According to Goldman Sachs: "When steel and washing machine tariffs were imposed earlier this year, the price of competing domestically-produced goods rose commensurately with the tariffs. An across-the-board auto tariff could have the same effect."

Tariffs may keep models from the U.S.

President Donald Trump's 25 percent tariffs already imposed on cars from China may keep some popular models from being sold in the U.S. The most notable is GM's Buick Envision midsize SUV, which domestically had sales of more than 40,000 last year. A GM spokeswoman told CNBC the company has applied for an exemption to the tariffs but declined to say what the next step was if the exemption were denied.

Also affected is the Volvo XC60 crossover SUV. Now Chinese-owned, Volvo had planned to export XC60s from China to the U.S. So the company has moved XC60 production to a Swedish plant to avoid the U.S. tariffs on Chinese-made vehicles. But if U.S. tariffs expand broadly to additional countries, that move could prove futile. 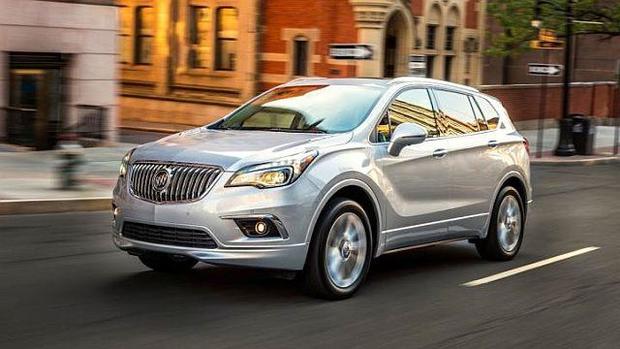 Karl Lagerfeld’s cat to inherit a fortune, but may not be...