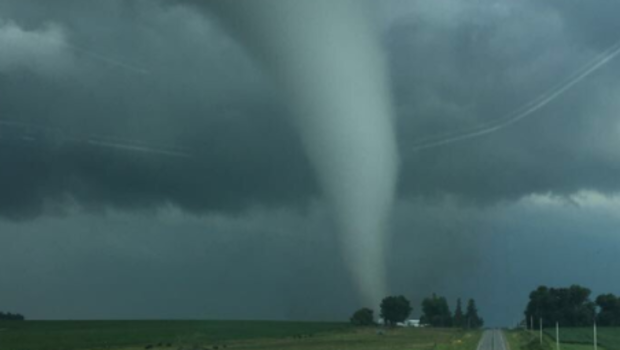 By Jeff Berardelli CBS News October 18, 2018, 9:02 PM "Tornado Alley" may be moving to the densely-populated Southeast

The part of the country famous for its Tornado Alley title may be in jeopardy of losing that distinction in the future. A new study says the tornado threat zone is be spreading east to the densely populated southeastern U.S., which could lead to a "threefold increase" in disaster potential. One of the study's authors said climate change could the reason for the creeping of drier air in the Southeast

The increased risk for disaster is due to a combination of a few factors. One of them is this eastward spreading of the tornado threat zone into the Southeast and Midwest. But perhaps the bigger issue is vulnerability.

Some of the vulnerabilities include that in the mid-South the population is denser, meaning more people are exposed. In addition, the additional trees combined with wetter, "rain-wrapped" storms make the tornadoes harder to see.

Tornadoes also happen more often at night in these areas. But potentially the most dangerous factor for the Southeast is the large number of weak-framed homes. According to Gensini, half of tornado fatalities occur in weak-framed homes.

Researchers say the shift east is being caused by the creeping of drier, desert air further eastward in the Plains states. In Tornado Alley, the boundary between dry, desert air and warm, moist Gulf of Mexico air is famously called the Dry Line. This is where much of the severe weather spins up.

But a recent study by Columbia University substantiates the movement of the so called "100th meridian" (100 degrees longitude) eastward over the past 100 years. Since severe weather forms in moist air, the eastward shift in tornadoes makes sense.

Gensini told CBS News "it's not a big jump to say that climate change is causing this shift east. The hypothesis' and computer simulations support what we are observing and what we expect in the future."

Climate change is projected to make the desert Southwest even drier. And this dry air will continue to expand further into Tornado Alley. At the same time, climate models predict more moisture and severe weather in the Gulf States.

Gensini said that although "as a scientist, you never want to say never," there is "no supporting evidence" that the cause for the shift is natural.

Storm chasers are noticing the shift as well. "Following it for the last 12 years, we have noticed more chasers having to chase further into rugged terrain east of the normal Tornado Alley," said Kory Hartman, owner of Severe Studios Storm Chasers. "It seems to stay colder and drier in the spring so you don't see as many early season outbreaks in Kansas, Oklahoma and Texas."

To address the question of "if this eastward shift is just a result of more people observing tornadoes," Brooks and Gensini examined the frequency of U.S. tornadoes and found this has remained relatively constant since the beginning of the reliable record 40 years ago. This diminishes a possible relation to reporting or data-recording errors.

Although the study focuses on the increasing threat for tornado outbreaks east of the Mississippi, the study notes the southern Plains states still remains the Tornado Alley bullseye. 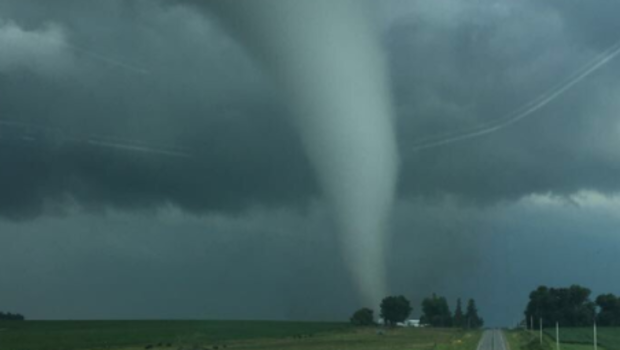