By David Morgan CBS News October 19, 2018, 9:29 AM Review: Carey Mulligan and Jake Gyllenhaal in a floundering marriage in "Wildlife"

An only child may be the fulcrum of a nuclear family – the point around which a couple revolves in all their love, disappointment and distrust – and as such is a powerful witness to the failure of a marriage. It is especially heartrending when a youngster begins to understand all the permutations of his parents' relationship and their individual flaws and insecurities – not to mention being powerless to prevent what he sees as a slowly-moving disaster happen before his eyes.

In actor Paul Dano's emotionally affecting debut film as a director, "Wildlife," it's 1960, and the American Dream of suburbia hasn't quite reached the Brinson family. Fourteen-year-old Joe (Ed Oxenbould) sees his home life destabilized when his father, Jerry (Jake Gyllenhaal), loses his job as a golf pro at a country club. It's not the first time Jerry has been out of work, and the family's recent move to Montana – far from family and friends – didn't quite provide the launching pad to a brighter new life that Jerry had hoped for.

Joe's mom, Jeanette (Carey Mulligan), a housewife, is left to pick up the pieces as Jerry wallows in drink and self-pity. Going back to work, she salvages a sense of independence by taking part-time jobs. But when Jerry announces that he will be moving out of town for an unknown length of time to help fight a pernicious wildfire, Jeanette aims to wipe her slate clean, opening herself up to new opportunities with an older, well-to-do owner of a local car dealership who may give her a job, or even more.

Being the dutiful son, Joe follows his father's push to play sports that do not interest him, takes odd jobs to fill in when his dad becomes unemployed, and tries in his humble way to keep his mother stable. Even when Joe tries to find distraction from his home life in that way of teenagers – wasting time after class with a cute girl, trying to watch a busted TV set – there is only so much a 14-year-old can do, or understand, when an unfamiliar man turns up in his house.

Dano handles this material (he co-wrote the screenplay with Zoe Kazan, adapting a 1990 Richard Ford novel) in a crisp, muted fashion, increasing the sense of instability for his characters who cannot predict how their actions will antagonize or threaten the others. Each family member rues the mistakes they've made, and continue to make, as they look for some better outcome. Because the film is viewed pretty much through Joe's eyes, the audience is as unsure as Joe about the hidden meanings of some of the adults' interactions. But we feel his eagerness to want to help set things right, to reassure his mom, to reconnect with his dad – and we feel his growing resentment when his vision of an orderly universe keeps getting jarred.

Mulligan and Gyllenhaal, as is to be expected, give terrific performances. Their characters' growing displeasure and antipathy for their situation is projected onto their partner, with ruinous results. Bill Camp, as the man who steps into the vacant space left behind by Jerry, is a mysterious mix of predation, generosity, guilelessness and opportunism that can't help but stir Joe's suspicions.

An Australian actor, Oxenbould previously starred in "Alexander and the Terrible, Horrible, No Good, Very Bad Day." For all his youth, he is a smart, mature actor. His Joe hopes to see his parents as they once were, but with every new argument or slight or furtive undertaking, he is introduced to shades of their personalities and morality that confuse, embarrass or anger him. And by trying to contain his emotions for fear that they would become destructive, he finds himself, in a small but significant way, detaching from the very parents he wished to keep together.

By the end, "Wildlife" marks a young man's maturation into an adult world that is far more fraught with emotional land mines than he'd ever realized.

After debuting at the Sundance and New York Film Festivals, "Wildlife" (distributed by IFC Films) opens today in theatres. The film is not rated (though it contains sexual situations that 14-year-olds may think they understand). 104 minutes.

To view a trailer for "Wildlife" click on the video player below. 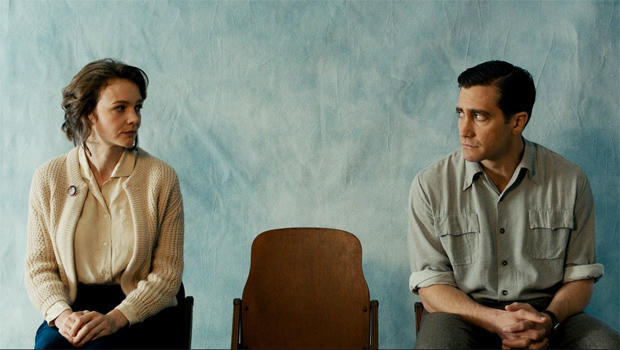 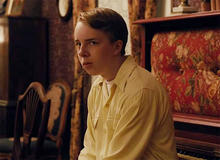 Disney heiress: Company must “reward all of your workers fairly”