Suzanne Israel Tufts has resigned her post at the Department of Housing and Urban Development. HUD Secretary Ben Carson sent an email to staff last week congratulating Tufts, whom he said would be leaving to take the job as acting inspector general at the Interior Department.

However, the current acting IG, Mary Kendall, had not been informed that she was apparently being replaced, which the Interior Department says could only be done at the president's request. A spokesperson for Kendall told CBS News on Wednesday that she was still on the job and has not received any indication from the White House or the department that she is being replaced. On Wednesday evening, Heather Swift, a senior adviser to Interior Secretary Ryan Zinke, said in a statement that "HUD sent out an email that had false information in it."

"Ms. Tufts was referred to the Department by the White House as a potential candidate for a position in the Inspector General's office. At the end of the day, she was not offered a job at Interior," Swift's statement concluded.

In a statement, Raffi Williams, deputy assistant secretary for public affairs at HUD, confirmed Tufts' departure. "Secretary Carson thanks her for her service to the Administration and the country. We wish her all the best," he said.

The Interior Department's Office of the Inspector General is conducting at least four investigations into Zinke's activity, including examinations of his travel habits, his involvement in an Indian casino development in Connecticut, his involvement in a real estate deal in Whitefish, Montana, and how the department drew the boundaries for a national monument. A report published Thursday found that Zinke violated agency travel policy by having his wife ride in government-issued vehicles with him. 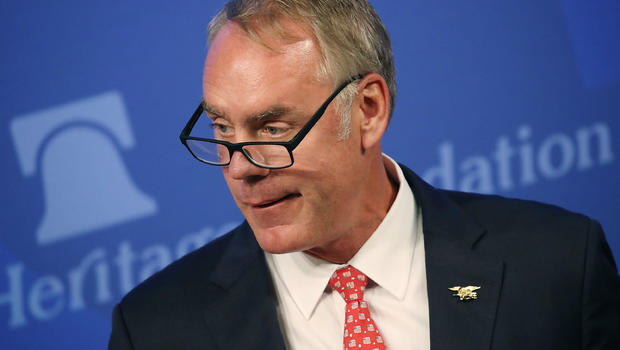 On health care, Democrats say focus should be on costs —...