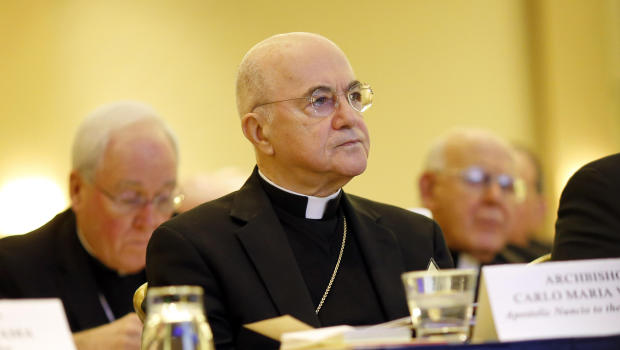 VATICAN CITY — The Vatican ambassador who accused Pope Francis of rehabilitating a disgraced ex-American cardinal is doubling down on his claims, asserting that the "scourge of homosexuality" in the priesthood is responsible for sex abuse and that the Vatican is being hypocritical in refusing to acknowledge it. Archbishop Carlo Maria Vigano issued a third instalment Friday in the war of words over the cover-up of ex-Cardinal Theodore McCarrick.

Vigano was responding to a Vatican cardinal who had rebuked him and accused him of mounting a "blasphemous" political hit job against Francis with his claims.

Vigano has accused Francis of effectively rehabilitating McCarrick, 88, from restrictions imposed during Pope Benedict XVI's papacy because of allegations he pressured seminarians to sleep with him. He has called for Francis to resign over the McCarrick scandal, which has sparked a crisis of confidence in the U.S. and Vatican hierarchy.

Francis has responded to the McCarrick allegations by removing him as a cardinal, over an allegation he molested a minor, and by ordering a Vatican investigation into its archives to determine how McCarrick rose through the ranks despite allegations he also molested adults.

Pre-empting the outcome, Cardinal Marc Oullet, who heads the Vatican's bishops' office, penned a letter Oct. 4 saying he had gone through his archives and found no evidence of any formal canonical sanctions signed by any pope.

In his new missive, Vigano accurately noted that Ouellet actually confirmed the core of his allegations: that McCarrick was placed under some form of restriction – not necessarily formal sanctions – because of alleged sexual misconduct.

Refuting Ouellet's claim that the Vatican only had heard rumors about McCarrick, Vigano listed all the letters that had reached the Vatican starting in 2000, when a priest from a New Jersey seminary first wrote relaying concerns from seminarians invited to McCarrick's beach house and into his bed.

Vigano said he was shocked that Ouellet omitted any reference in his letter to McCarrick's victims, or to what he said was the "principal cause of so many sexual abuses: homosexuality."

"It's hypocrisy to refuse to admit that this scourge is due to a grave crisis in the spiritual life of clergy, and to not take measures to remedy it," he wrote.

While the McCarrick scandal has exposed how seminarians can be vulnerable to sexual abuses by their gay superiors, studies have shown that homosexuals in general are no more likely to abuse than heterosexuals.

Vigano, who was Vatican ambassador to the U.S. from 2011-2016, was allied with the conservative culture warriors am­ong U.S. bishops, particularly in articulating the Catholic Church's opposition to gay marriage.­­ 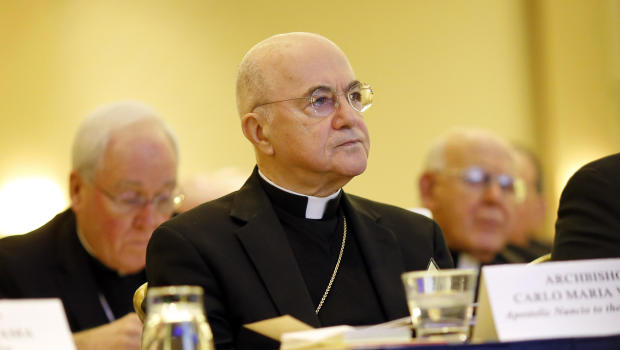