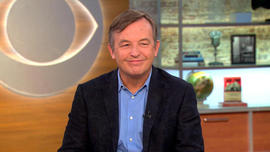 TED has become a cultural phenomenon through its mission of sharing big ideas, and now it's launching a new podcast featuring in-depth interviews with past TED Talk speakers. It's "a chance to go much deeper into a speaker's thinking," TED curator and The TED Interview host Chris Anderson told "CBS This Morning" on Friday.

"Ideas aren't little things that land neatly that you can package. They usually, you know, they start a conversation. They are open to criticism. They can take you in lots of different directions," Anderson said. "Different people can react to them in different ways. So it's kind of trying to dance all the way around their thinking… and give people a chance just to understand it better, that much more better."

In the first episode of the podcast, Anderson speaks with "Eat, Pray, Love" author Elizabeth Gilbert about the idea of the creative genius. Her TED Talk on the topic garnered at least 15 million views.

"Most people think of that as you have creative geniuses. She said, 'No, no, creative genius is something that comes to you from outside.' So it was kind of an inspiring talk and gives you a picture on how to think creatively," Anderson said. Gilbert also opened up in the interview about the loss of her partner.

In the age of social media and heated discourse, Anderson called for being open to learning from one another's' ideas.

"The tragedy of the era we're in right now is that all of our attention is being focused on these short hits and we're succeeding making each other really angry. But we're not succeeding in actually communicating with each other very well," Anderson said.

"If you just take the time, slow down, take the time to listen to them and go where curiosity takes you, that can be such a fantastic antidote to all the sort of hate and ergh that we're in right now." 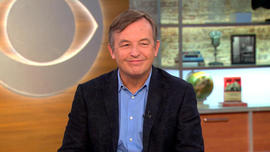