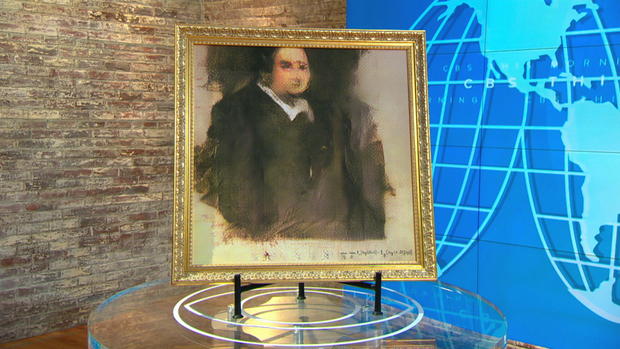 Next week, Christie's will be the first auction house to offer artwork created by artificial intelligence. The Paris-based art collective, Obvious, created the "Portrait of Edmond de Belamy" using an algorithm that analyzed a data set of 15,000 portraits and from that created a unique image.

The piece goes up for auction on October 25 and is estimated to fetch between $7,000 and $10,000, according to Christie's international head of prints and multiples, Richard Lloyd.

"We put a lot of thought into the estimate because if we put a huge amount on it people would say 'Well what are you basing that valuation on because this is the first," Lloyd told "CBS This Morning."

Lloyd also offered a deeper explanation of how the piece was generated using something called the GAN algorithm. The process starts with uploading thousands of portraits to a computer. One half of that computer is called the generator, which analyzes those images and learns what a portrait is. Then, it starts spitting out versions of its own.

With this new category of art comes questions about how we define the artist. Is it the AI software? The people who wrote the original algorithm? Or even a combination of the artwork that was used as a basis for the portrait?

"I think this is why this is so inspiring and interesting, because we've never really had to ask those questions before," Lloyd said.

As for how human artists might react to AI art, Lloyd sees their future alongside one another, progressing on "parallel tracks."

"There will be human art, there will be artificial intelligence art, but there will also be a hybrid. I think that's what's come downing the pike in the near future. It's artists who have always been great early adopters, Warhol adapted screen printing which came from commercial packaging, photographers took the camera and thought well can do weird and wonderful things with this. So I think human artists will be working side by side with this algorithm and creating hybrid art. It's just the beginning it's so fascinating what is going to be created," he said. 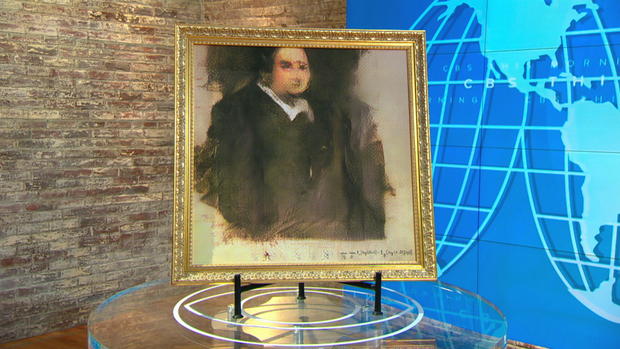