NEW YORK –– Hundreds of people lined up in New York City as rapper Cardi B handed out free winter coats. The Bronx-born rapper met with residents and fans on Thursday evening at the Marlboro Houses in Brooklyn during brisk fall weather.

The 26-year-old also was given balloons and a cake to celebrate her recent birthday. Cardi B said she cares a lot about kids and the community and feels it's important to set a good example.

"Sometimes people think that we just do the messed up things but we really… care for the kids and our community and everything," she said.

Cardi B, born Belcalis Marlenis Almánzar, later got a gift of her own in the form of a symbolic key to the Marlboro Houses, CBS New York reported.

On Oct. 1, she got a summons in connection with a melee at a New York strip club. Her lawyer says the star didn't cause any harm.

About three weeks earlier, Cardi B and Nicki Minaj were involved in an altercation at a New York Fashion Week party. 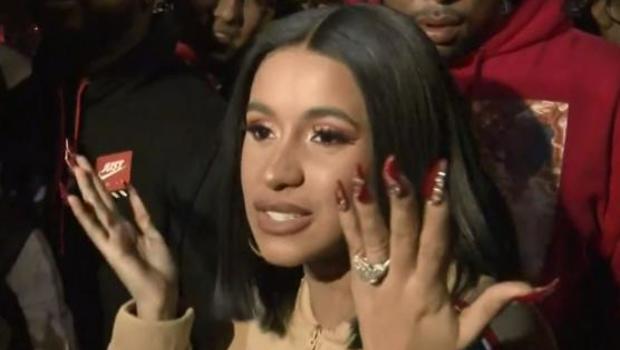