Netflix's "Orange Is the New Black" is coming to a close after seven seasons. The hit show, which premiered in 2013, was one of Netflix's first original series and snagged some of the streaming service's first Emmys.

In a video posted on Twitter on Wednesday night, cast members from the long-running show about a fictional women's prison called Litchfield Penitentiary made the announcement. The accompanying tweet warned fans that they might cry.

Star Taylor Schilling, who plays Piper Chapman, says in the clip, "The final season is coming."

Kate Mulgrew, who plays Red, says, "I'm going to miss playing and living on the edge of one of the most groundbreaking, original and controversial series of this decade." The show is based on a memoir by Piper Kerman. "OITNB" was groundbreaking in its diversity of race, sexuality and class, and its portrayal of female friendships.

"I'm so grateful for the fun times, the knowledge, the friendships, the love, the family that we have created together," said star Uzo Aduba, who plays Suzanne Warren.

"But the one thing is our relationships will continue after the show," said Laura Prepon, who plays Alex Vause.

Aduba also promised that the show will go out with a bang, promising fans, "Season seven, you will not be disappointed. It is a season you will not forget and we are going to give you everything and more that you could have ever wanted." 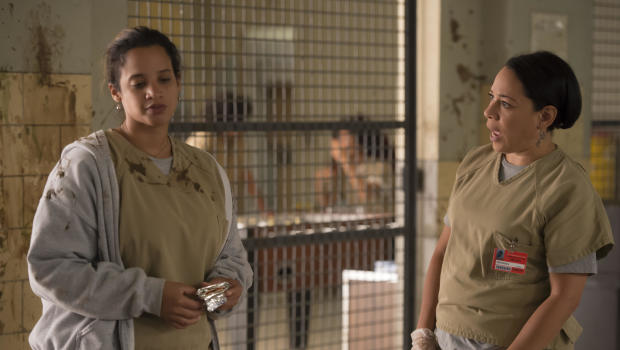 The tree that inspired Dr. Seuss’ “The Lorax” has fallen over