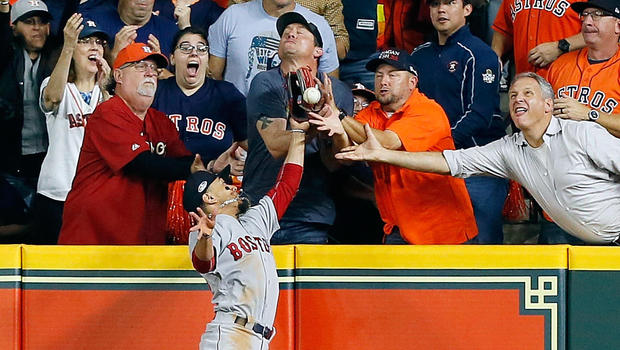 One Houston Astros fan may live in infamy for a controversial call in Wednesday night's pivotal Game 4 of the American League Conference Semifinal (ALCS) in Houston. In the first inning with a man on base, Astros shortstop Jose Altuve hammered a ball into right field. As Red Sox outfielder Mookie Betts jumped against the wall and stretched to snatch it out of the air, a fan in the stands hit his glove, and the ball bounced back onto the field.

Umpire crew chief Joe West ruled Altuve out because of "spectator interference," and a lengthy review ensued. According to the MLB rules, umpires can't rule a batter out due to interference if the interference occurs when a fielder has reached over the fence. But a batter can be ruled out if the fan reaches over the fence and interferes with a catch within the playing field.

The defending World Series Champion Astros would go on to lose the game 8-6, with the Red Sox taking a 3-1 lead in the series. The Astros face elimination Thursday if the Red Sox can pull off another win at home.

Among the biggest critics of the controversial call was the fan himself.

Identified as Troy Caldwell by the Houston Chronicle, he told the newspaper that he would jokingly need a "security to escort him" out of the building if the Astros didn't win. Ultimately, he felt the umpire made the wrong call, saying, "I know the rules, and I didn't reach over the line."

The play echoed another momentum-changing postseason call during Game 6 of the 2003 NLCS between the Chicago Cubs and Florida Marlins, when a spectator named Steve Bartman intercepted a potential catch. The Cubs, who were up 3-2 in the series, were eventually eliminated by the Marlins, and Bartman became an object of scorn in the Windy City.

But coming to Caldwell's defense was Altuve himself, who was disappointed with the result of the call, but could never blame a fan.

"I would do the same," he told USA Today. "He's trying to catch a ball. I don't have anything against him. He's another Astros' fan who is rooting for us. I appreciate that he was trying to help us." 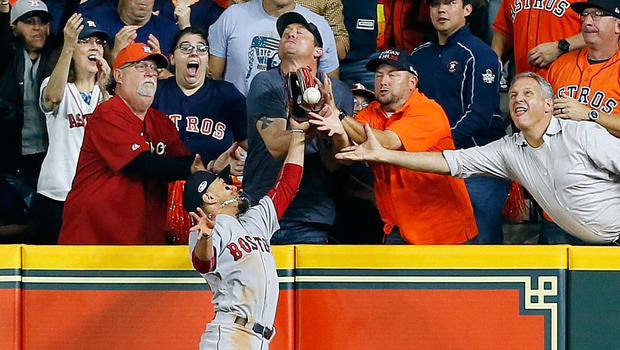 Here’s how to watch the 91st Academy Awards