Sometimes a business owner needs an iron will to push through obstacles and make her company successful.

Consider Dianna Montague. Founder of Philadelphia-based Iron Lady Enterprises and the first African-American woman member of Philadelphia Iron Workers Local 405, she became a welder to fulfill a dream inspired by her construction worker father and later by a character on the big screen.

"When I became a teenager and was about to graduate from high school, I saw the movie "Flashdance," and that also inspired me. It gave me the chance to actually see a female doing something like welding," Montague told CBS MoneyWatch.

Even after years in the profession, she said owning her own business came with a unique set of challenges. For example, on one of the early contracts Iron Lady Enterprises won, a contractor Montague was working with didn't have the proper paperwork — and it cost her big.

"He ended up getting kicked off, and they kicked me off [after] I had showed up the first day to start work," Montague said.

To get to the next level, she had to go back to the beginning and eat the cost until she could land another contract. "I had to go bid on another one. I thought that maybe they should have just gotten another a contractor [to replace the one she was working with], so it was a little disappointing," Montague said. "I took it kind of hard."

Diversify your customer base

Suddenly losing a major client or dealing with a delayed payment can put a small-business owner in a bind. One strategy to avoid being entirely too reliant on a single big customer is to expand your portfolio of customers.

"Diversifying your client base is crucial to any small business," Andrew Flamm, director of the Small Business Development Center at Pace University told CBS MoneyWatch. "In particular, being able to look at business development opportunities while you have a large client is an ideal time."

That's because with such a client already on the books, you can demonstrate to other prospective clients that your business has the capacity to handle that level of service, Flamm said. And by lining up other customers, you put yourself in a position to not be as worried if that big contract isn't renewed.

To prevent issues like a delayed payment eating into your cash flow savings, consider a strategy like offering a discounts to clients who pay bills early and in full. Or if you have to do a job that requires a big supply purchase or additional help, set a deposit requirement. That can help with cash flow until the job is completed — and you won't be shelling out as much to handle the order and then waiting 60 or 90 days for reimbursement.

When you're just starting out, taking the time early on to prepare for common emergencies can help prevent disruption or a shutdown in the future. Having "rainy day" money ready is critical.

Especially at the very beginning, having a larger cash cushion can help you handle handle startup costs like inventory-building and marketing, while you're still figuring out your revenue stream.

"Managing cash flow is one of the hardest things, especially when [small-business owners] are juggling a lot of different things, like making payroll or buying inventory," Brian Pifer, vice president of entrepreneurship at business advisory platform Venturize.org, told CBS MoneyWatch. He said small-business owners should try to stick to the "40-30-30" rule.

That means planning to reinvest 40 percent of revenues back into the business, use 30 percent for payroll and put the remaining 30 percent into savings to buffer cash flow.

Another important tool for dividing your budget according to those numbers is doing market research to build a yearly work-ahead plan.

"Staying on top of the trends within their industry and larger market dynamics is important," Pifer said. "Projections a year out will help you plan in the event of a downturn." 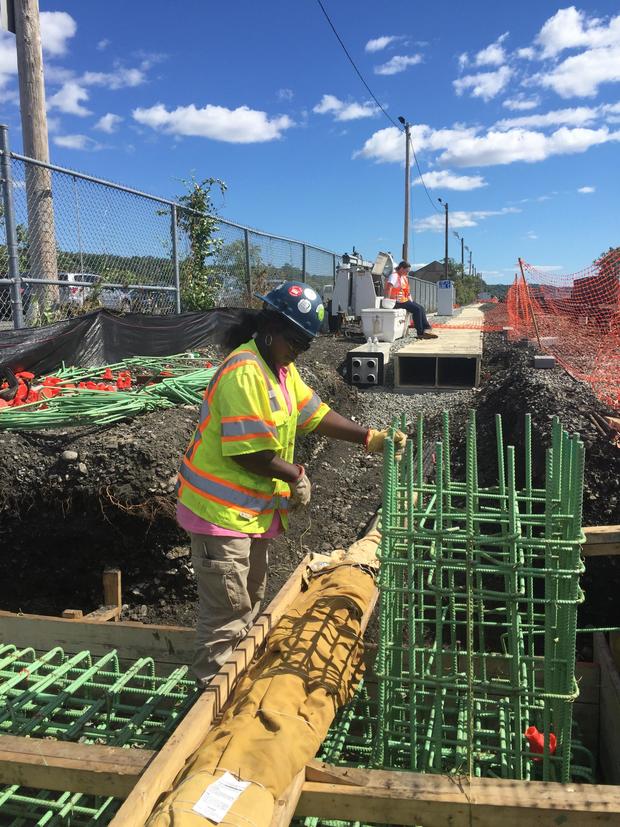