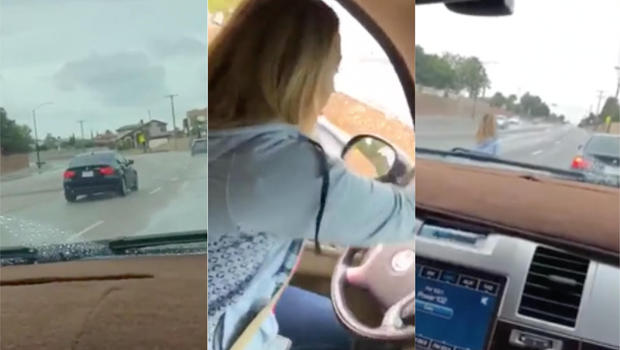 A boy from El Paso, Texas, took his mother's brand new BMW on a joyride — and she was livid.

The boy's sister, Liza Compero, shared videos on Twitter showing her angry mom hunting down her little brother. Compero live-tweeted the pursuit of the 14-year-old daredevil (whom she originally identified in tweets as 13) and it went viral.

Compero wrote that her brother Aaron disconnected the Wi-Fi so their mother wouldn't see him on their home security cameras. Then the teen hopped in his mom's new Beemer and drove away. He apparently made a stop at his girlfriend's house, then took off again.

Compero and her mom jumped in another car and headed out in pursuit of the underage driver. In one video clip, Liza's mom appears to call another local mother who gives her information. "The moms are all snitches," Compero tweeted.

Then in another video, the mom spots the black BMW on the road and pulls up alongside it. "Pull over NOW!" she screams out the window to her son.

The video then shows her get out of the car, march up to her son in the driver's seat and start hitting him with a belt she brought along with her. This final video received nearly a million views on Twitter. "RIP to my brother," Compero wrote in the caption.

The video has gained widespread media attention and prompted a barrage of comments on social media. Some expressed sympathy for the rogue teen driver, while another said if they had a new BMW like that they'd never let the keys out of their sight. 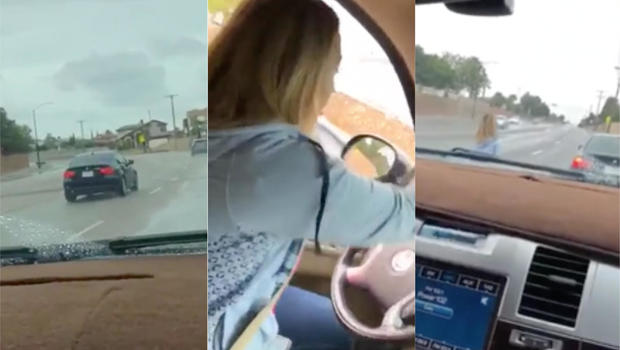