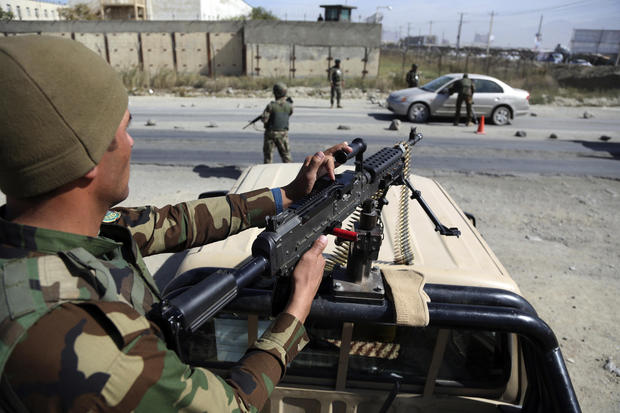 KABUL, Afghanistan — The top U.S. general in Afghanistan escaped an insider attack in Kandahar province Thursday that killed three top Afghan officials, including the provincial police chief. Gen. Scott Miller was not hurt, but one American service member and two civilians were wounded. The attack came after a meeting to discuss security for Saturday's parliamentary elections, amid ominous threats from the Taliban and ISIS.

Billboards plastered across this capital city show fresh-faced candidates vying for a chance to create change. But with just two days to go before the election, it's the near certainty of violence that has locals worried.

Police Chief Bismillah Taban says the sheer number of voters expected on Election Day take the security risk to a whole new level. Holding the elections will mean mounting one of the biggest security operations this country has ever seen, with 54,000 security personnel deployed across Afghanistan.

Ten candidates have been assassinated in the last two months, including one on Wednesday by a bomb planted in his couch. ISIS bombings in recent months have left dozens dead and the Taliban has issued repeated warnings for voters to stay away on Election Day or risk being attacked.

It hasn't deterred candidates like Afghan-American Mariam Solaimankhail. Born and raised in the U.S., she decided to move to Afghanistan from Los Angeles, where she was a businesswoman. She said it's vital that people like her step up and run.

"People are sick of seeing men being corrupt. It's a fresh face, it's something new and they know I have a great life in the United States and I have no need to steal from these poor people," she said.

But she acknowledged as a woman and American, she's a prime target for the Taliban.

At the American University of Afghanistan in Kabul, CBS News found young students willing to take the risk to get out and vote.

"We have to stand tall when we have this crisis in our country," one young man said. "If we don't we're going to fall apart."

"Of course I'm scared because we're human beings," a woman told us. "We love ourselves and we don't want to die. Especially me, I'm too young to die. But still my country is important for me."

A successful election will not only help shape the new government, but send a message of defiance to those against it. 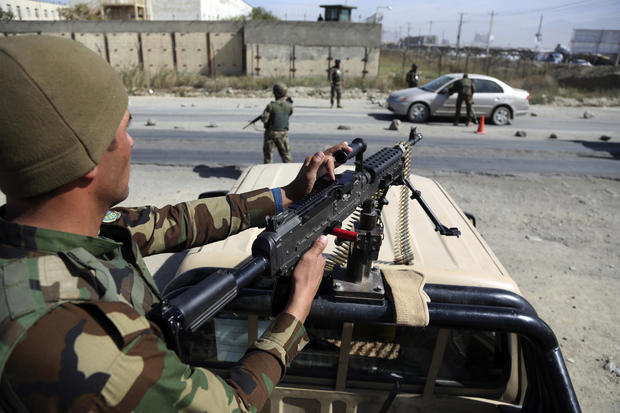