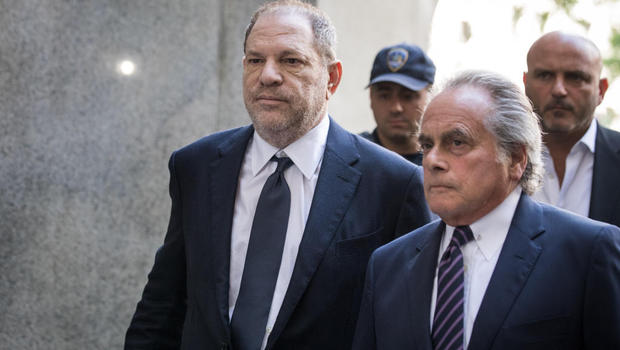 The Manhattan district attorney's office detailed the alleged misconduct in a letter to Weinstein's lawyer that was made public Wednesday. The new allegations against Detective Nicholas DiGaudio involve an unidentified woman who says Weinstein raped her in his Manhattan hotel room in 2013.

DiGaudio was removed from the Weinstein case last week after evidence surfaced that he instructed a witness to keep quiet when she raised doubts about a claim of sexual assault against the disgraced movie mogul by another accuser, Lucia Evans. That revelation led prosecutors to drop a charge related to that allegation.

There was no immediate response from DiGaudio's union.

Prosecutors said in a letter unsealed last week that they learned weeks ago that a female friend who was with Evans the night she met Weinstein had given the police detective a contradictory account of what happened.

Prosecutors said the detective didn't share that information with prosecutors and urged the witness not to reveal details, saying "less is more."

In a statement last week, a lawyer for Evans said her client has consistently maintained that she was sexually assaulted by Weinstein and accused the district attorney's office of mishandling the case. In a statement released to CBS New York last week, the New York Police Department said it is "fully confident in the overall case it had pursued against Mr. Weinstein."

Assistant District Attorney Joan Illuzzi-Orbon told a judge Thursday that prosecutors wouldn't oppose dismissal of the count in the case involving Evans, reported CBS New York. She insisted the rest of the case, involving the two other accusers, was strong. Weinstein, who has denied all allegations of non-consensual sex, still faces charges over the alleged 2013 rape and allegations that he performed a forcible sex act on a different woman in 2006. 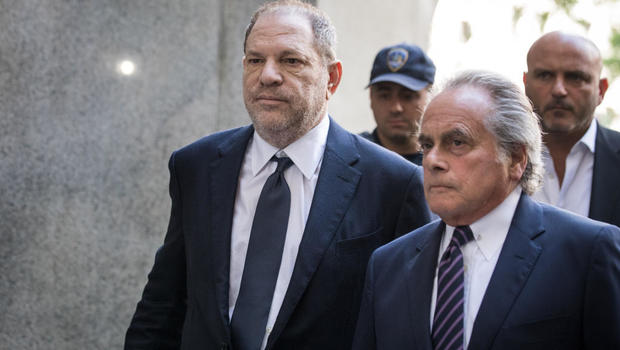