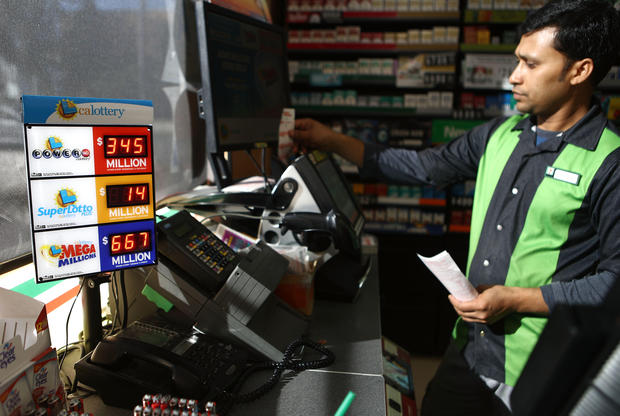 The Mega Millions jackpot for Tuesday night's drawing has grown to the largest in the game's history, a whopping $667 million. According to Mega Millions, it's the third-highest lottery jackpot in U.S. history. The estimated cash value, if you're lucky enough to match all six numbers, is $380 million. The winning numbers were drawn at 11 p.m. ET.

The jackpot has ballooned upward because nobody has won the jackpot since July 24, when a group of 11 co-workers in Santa Clara County, California, split a $543 million prize.

If the winner chooses the annuity option, the jackpot would be paid out over 29 years. The cash option is usually favored by nearly all winners.

If there is no jackpot winner in tonight's Mega Millions drawing, the estimated annuity value for the Friday, Oct. 19 drawing will roll to $868 million, with an estimated cash value of $495 million.

The Powerball jackpot up for grabs Wednesday night will be a cool $345 million, with a cash value of $199 million. 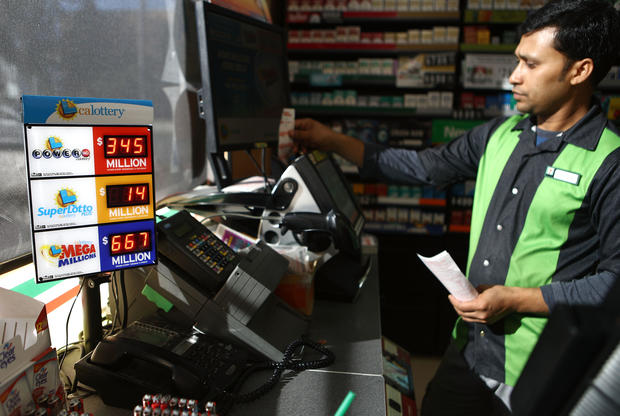 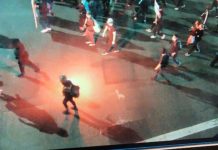 Man who stole plane ID’d, once described job as getting “to...