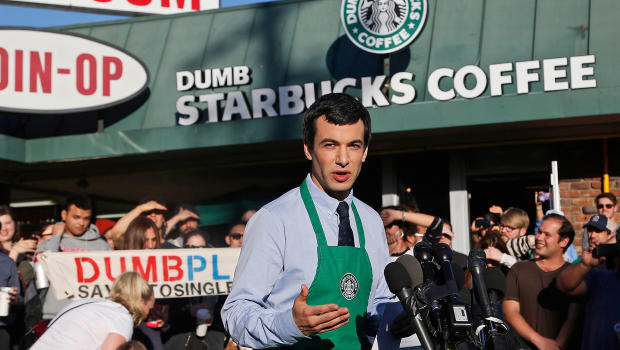 Screwball docuseries "Nathan For You" has ended, Comedy Central confirmed. Nathan Fielder, who created and starred on the show in which he attempted to "help" small businesses succeed, is moving on after four seasons of Fielder's absurd ideas that occasionally made real headlines.

Comedy Central said in a statement to CBS News, "For the past five years Comedy Central had the pleasure of working with the brilliant Nathan Fielder on 'Nathan For You.' His innovative and quick-witted humor has made the show a comedic touchstone and we're proud to have been a part of it. We respect Nathan's decision to end the series and look forward to geeking out over his next project."

In retrospect, it makes sense that Fielder chose to end Season 4 in November with what now appears to be a swan song. "Finding Frances," a two-hour special, followed Bill Heath, a Bill Gates impersonator, as he tried to reconnect with the love of his life. The episode hit uncharacteristically somber notes and was lauded by critics. Even famed director Errol Morris called the season finale his "new favorite exploration of love." Most episodes of "Nathan For You" involved absurd hijinks like hiring asexual repairpeople at computer repair shops so that customers wouldn't be worried about their private photos or sending 40 people to clean one house to get the job done in six minutes, but "Finding Frances" was a deep character study on Heath as he tried to reconnect with his sweetheart from decades ago.

Fielder's show also inadvertently made it into the press when he taped one episode in which he helped a coffee shop rebrand itself as a "Dumb Starbucks" complete with "Dumb Frappuccinos," claiming the store was shielded by "parody law." He was also behind a viral video in which a pig rescued a baby goat, which was later revealed on the show.

"Nathan For You" premiered on Comedy Central in 2013. Fielder, who is Canadian, previously had a skit on the Canadian satire "This Hour Has 22 Minutes." 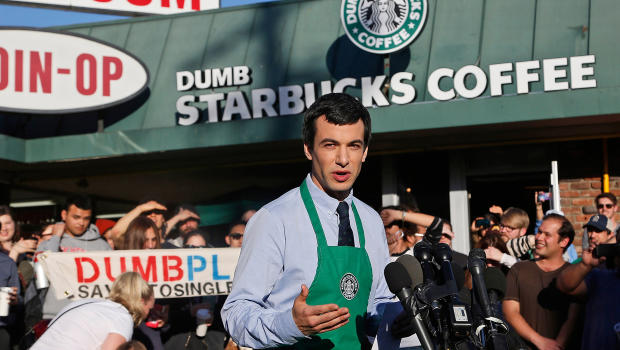