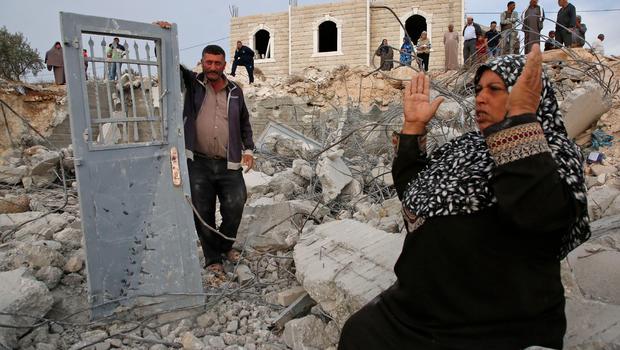 AP October 17, 2018, 5:24 AM Palestinian killed as Israel fires back after rocket attack from Gaza

JERUSALEM — A rocket fired from Gaza struck a residential home in southern Israel early Wednesday and the Israeli military began attacking militant sites in Gaza in response after days of rising tensions. The Magen David Adom medical service said a woman and her three children, whose home in Beersheba was struck, were being treated for shock after they fled to their shelter upon being awaken by warning sirens shortly before 4 a.m.

Her swift response likely saved their lives, as the home was destroyed and debris was scattered throughout the neighborhood.

The medical service said two other Beersheba residents were injured during the panic to seek cover.

The military said another rocket from Gaza landed in the sea, just off the coast of one of the larger cities in central Israel. No injuries were reported.

Following the attacks, schools in Beersheba were closed and Israel's military chief was cutting short his visit to the United States to come back and manage the crisis.

As a first response, Israeli military jets pounded Hamas targets across the Gaza Strip. The Gaza Health Ministry said a 25-year-old militant was killed inside one of the posts targeted. Three other people were wounded.

The rocket attack on Beersheba was the first in months and the first that hit an Israeli home there since the 2014 summer war between Israel and Gaza's militant Hamas rulers.

Beersheba, which is some 30 miles from Gaza, is the biggest city in southern Israel, with a population of around 200,000.

Israel and Hamas have fought three wars over the past decade and fighting has flared up on several occasions recently, though neither side appears to be interested in another full-blown war. Egypt has been trying to mediate a long-term cease-fire to stave off another confrontation.

In a rare move, seemingly aimed at easing the tensions, the so-called "joint coordination room of resistance factions" that includes Hamas, the Islamic Jihad and other groups issued a statement distancing themselves from the rocket fire.

"We reject all irresponsible attempts that try to change the direction and sabotage the Egyptian efforts, including the overnight firing of the rocket," they said. "At the same time, we emphasize we are ready to confront the Israeli aggression."

The head of Egyptian military intelligence, Abbas Kamel, is scheduled to visit Gaza this week to renew high-level cease-fire talks.

The rocket attack came a day after Israeli Defense Minister Avigdor Lieberman said the time had come to deliver a "heavy blow" to Hamas after weeks of escalating violence along the border. Lieberman announced Wednesday that all crossings into Gaza were being shut in response to the attack and the fishing zone around Gaza was being limited.

Hamas has held weekly border protests for the past six months, aimed in part at easing a crippling Israeli-Egyptian blockade that was put in place after the Islamic militant group violently seized power in 2007. The blockade has restricted Hamas' ability to govern and made life extremely difficult for Gaza's 2 million residents. Electricity is supplied for roughly four hours a day, unemployment stands at more than 50 percent and tap water is undrinkable.

The protests have intensified as Egyptian-mediated cease-fire efforts faltered. Last week, some 14,000 Palestinians thronged to the perimeter fence, burning tires and throwing rocks, firebombs and grenades at soldiers stationed atop earth mounds on the other side. Some 20 Palestinians breached the border during Friday's protest. Seven Palestinians were killed, including four who the military said had entered Israel and approached a military position.

"If it has any sense, Hamas will cease its fire and violent outbursts – now," he said Sunday.

Since March, 155 Palestinians have been killed during the protests. One Israeli soldier was killed by sniper fire in July.

Hamas seeks a cease-fire with Israel to secure an easing of the blockade but accuses its West Bank rivals, Fatah, of thwarting the effort. Repeated attempts to reconcile Hamas and the West Bank-based administration of Palestinian President Mahmoud Abbas have failed, adding to the desperation fueling the demonstrations.

In Israel, the fiery threats against Hamas have been coupled with concern over being dragged into an unnecessary escalation that may have more to do with Palestinian infighting. 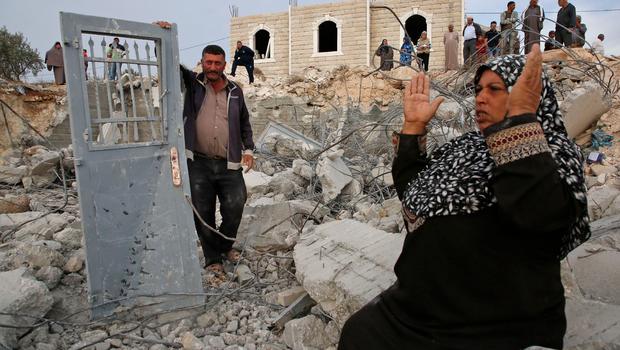 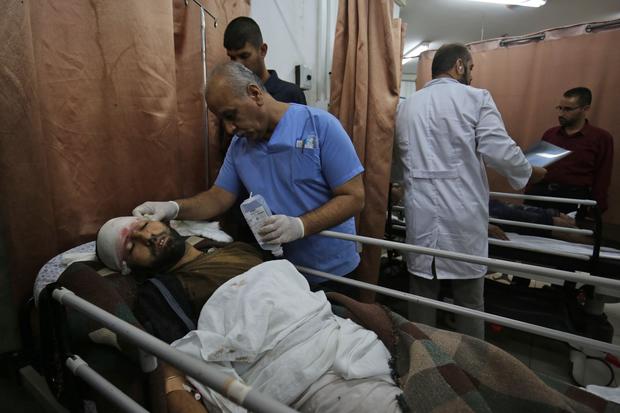