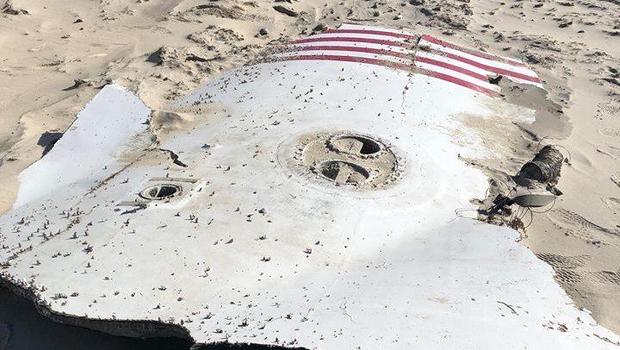 SpaceX says a large piece of sheet metal that washed along a North Carolina beach was a part of one of its rockets. The National Park Service said Elon Musk's company confirmed that "rocket hardware" was discovered at the Outer Banks over the weekend, the Charlotte Observer reports.

Chief Ranger Boone Vandzura told the publication that the debris is "being handled appropriately." It's unclear which SpaceX rocket the debris came from and when the launch took place.

A couple discovered the 10-foot by 6-foot piece of metal at a popular tourist site in the Cape Hatteras National Seashore, the Observer reports. Parks officials said some sections were so heavy, they needed to use a front-end loader to remove it from the beach.

SpaceX did not immediately respond to CBS News' request for comment.

This is the second time this year parts of a SpaceX rocket has washed up at the Outer Banks. In October, a 15-foot long rocket part was discovered near Hatteras Village. The Virginian Pilot identified it as a protective nose cone, which leaves the rocket at take-off. 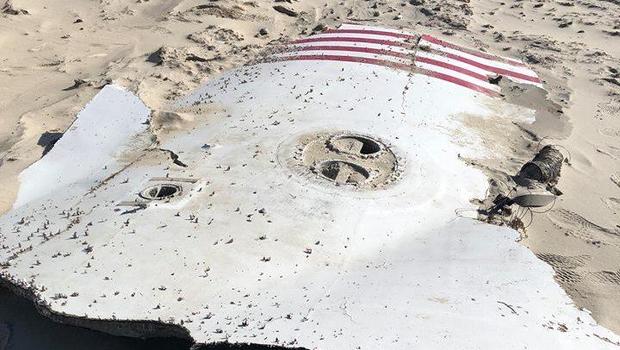 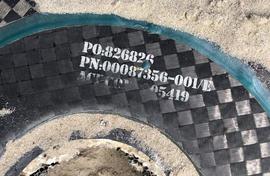 Bipartisan group of senators plans to meet with White House on...