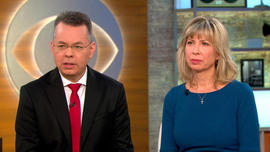 After much uncertainty and multiple trials, an American pastor detained in Turkey for two years is beginning to re-adjust to life back in the U.S. Pastor Andrew Brunson and his wife, Norine, told "CBS This Morning" they will be staying put in the U.S. for now.

"I don't think we can go back right now. I'm one of the most hated people in Turkey," Andrew Brunson said Tuesday on "CBS This Morning."

But their love for Turkey remains.

"We love it. We love the people. We have dear friends there. We pray for its blessing," Norine said.

Brunson, who lived in Turkey for more than 20 years and oversaw a Presbyterian church, was charged with espionage and links to a terrorist organization in 2016. The indictment against the pastor worked to convert Kurds to Christianity in order to sow discord in Turkey, but Brunson denies any wrongdoing.

When the Brunsons were first arrested together, they were called a "threat to national security." Norine was released 13 days later.

Brunson said he wasn't beaten in jail. He said he was placed in solitary confinement before being transferred to a overcrowded prison where there were 20 people in a cell meant for eight.

"The problem is that I wasn't interrogated. So for the first 18 months, I didn't know why I was in prison," Brunson said.

A Turkish court sentenced him to prison Friday, but released him on time served. Norine, Brunson's wife, said they were "incredibly relieved."

"We got on our knees in the courthouse. Didn't care what anybody thought," she said.

President Trump welcomed the Brunsons to the White House over the weekend, just after the couple's return stateside. While Brunson said he didn't really remember what Mr. Trump said to him soon after they arrived – "I think he probably said, welcome home," Brunson said – they won't forget the opportunity they had to pray for him.

"Norine had actually had a dream about praying for the president before. And so she had that in her heart. So before we went to the White House, we prayed together and said, asked God to give us the opportunity to pray for the president. We asked if we could do it and he said yes," Brunson said.

"I had a specific dream, specific verses. So when there was opportunity, I knew exactly what I was supposed to pray over him," Norine said, citing the Bible passage Isaiah 11.

Brunson said President Trump and Sen. Lindsey Graham had told him that he had been a pawn in hostage diplomacy between Turkey and the U.S. "I just had the view from the cell," Brunson said. "And I think that even though whatever reason the Turkish government was holding us for, I believe that God was involved in this for us because I think of millions of people who prayed for Turkey during that time. And how God is bringing blessing out of it."

Ultimately, Brunson said he was encouraged by his wife, who he could see for about 35 minutes a week through a glass panel and over the phone, and the Bible passages in 2 Timothy that talks about "suffering and finishing the race well."

"This… became my prayer. I want to be faithful and endure and finish well," Brunson said. 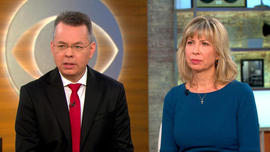