COLLEGE PARK, Md. — Maryland's comptroller is accusing brewer Anheuser-Busch of marketing binge drinking to college students in light of the special release of a keg-like 77-pack of Natural Light beer that sold out before the school's homecoming weekend, reports CBS Washington, D.C. affiliate WUSA-TV. "They're obviously promoting binge drinking by young people," said Comptroller Peter Franchot, who is responsible for the taxation and regulation of alcohol in Maryland.

"The big brewers like Budweiser who are selling 77 cans of beer for .39 cents each to college kids, they don't like craft brewers, unless they own them," Franchot said.

Franchot is calling for an investigation of his allegations that large brewing companies have corrupted Maryland legislators with questionable campaign contributions and favors.

The 77-packs of Natural Light were a special promotion that was only rolled out in stores surrounding College Park, Maryland.

The news went viral on social media, with students in far-away states Tweeting plans for road trips to come to buy one of the unique packages.

The 77-packs sold out quickly, with some stores reporting students lining up to purchase them as soon as they were unloaded from delivery trucks.

Students said they were struck by the packaging, which resembled the shape of a keg and could be used as a portable cooler for the cans of beer inside.

"I think it's to get around the keg ban here," one student said.

"It's brilliant marketing," said another. "We only had it here and they make it like it was a one-time thing so that caused some of the hype." 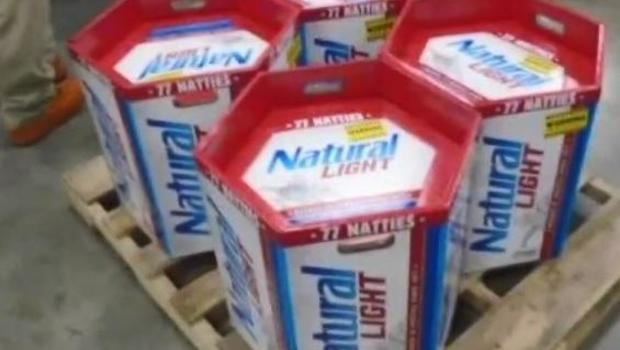