Julian Castro, a former Housing and Urban Development secretary, has given his clearest indication that he's ready to take on President Donald Trump in the next presidential election, saying that he's "likely to do it." Castro told Rolling Stone in an interview published Tuesday that he and his family would be taking a "long, hard look at what that kind of commitment would mean" with a final decision coming after the midterm elections.

"And as I travel between now and Election Day, I'm getting a better and better sense of where the country is at. I don't feel compelled to make a rushed decision," he said, adding that he has a "strong vision for the country."

"I believe that our country's going in the wrong direction and that it needs new leadership. I'll make a final decision after November, but I'm inclined to do it."

Castro, who was HUD secretary under former President Obama, hinted to a Latino voters summit in Texas last year that he "might" run in 2020 noting that the country needs a "very different president" than the one currently occupying the White House.

It's a move Castro's twin brother Texas Congressman Joaquin Castro hopes he takes seriously, telling CBS' "The Takeout" podcast in July that he felt the "elder" (by one minute) Castro would help bring new energy to the Democratic party.

Castro also talked about mistakes he thought Hillary Clinton had made in her campaign, saying if the 2016 race could have a "do over," Clinton should have had "more focus in certain states."

"There's nothing that we can do about 2016 except learn from it. And what we learned was that we can't take anything for granted — that you have to campaign hard all the way through the finish line, even in the states that you might think you have," said Castro.

He added, "I'm confident that in the 2020 cycle, Democrats are going to robustly campaign in every single state and not take anything for granted." 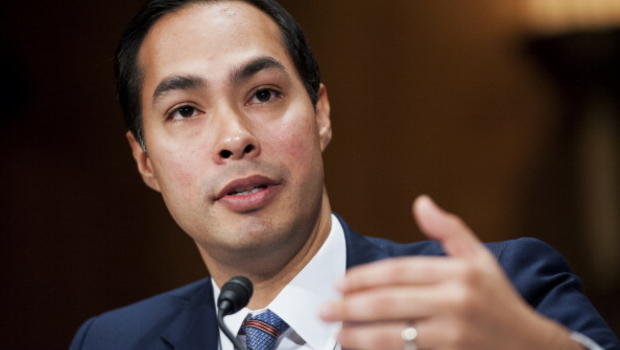