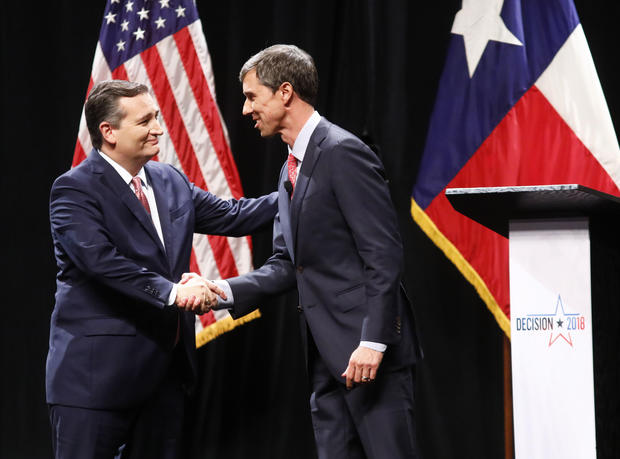 President Trump is hoping to give a boost to Texas Republican Sen. Ted Cruz, who is in a tight Senate race against Democratic Rep. Beto O'Rourke. Mr. Trump endorsed his former primary opponent and took to Twitter promising to hold a major rally for Cruz.

But support from the president might actually work against Cruz when it comes to some voters.

"Before [Cruz] ran for president, he campaigned and created an image in Texas of being a conservative fighter who never backs down. And then he had this presidential race with Donald Trump where Trump insulted his family and Cruz said he wasn't going to endorse Trump and then he changed his mind and did, and so it kind of undermined his image in Texas," said Aman Batheja, political editor for The Texas Tribune.

Coming to Texas for a rally will galvanize the Republican base, but Batheja said it will also remind voters about their "awkward history."

O'Rourke appears to be taking a page out of Cruz's "outsider" playbook, by turning away money from PACs, corporations and political interest groups. Despite that, his campaign raised more than $38.1 million in the third quarter of 2018 — the largest quarterly fundraising total in Senate history.

Cruz maintains a slight lead over O'Rourke in recent polls but has struggled to raise as much money — only $12 million in the final quarter.

The candidates will face off Tuesday night for their second debate. It will focus on domestic and foreign policy. However, Batheja said more people will be looking to see whether O'Rourke attacks Cruz the way some Democrats have been hoping for.

"Until now O'Rourke has been running a very positive campaign. He's been avoiding attacking Cruz too often. Meanwhile Cruz has been hammering O'Rourke with millions in negative ads," Batheja said.

If O'Rourke wins, it would be the first time Texas have elected a Democrat to statewide office since 1994.

The debate between O'Rourke and Cruz Tuesday starts at 8 p.m. Central Time (9 p.m. Eastern) and a live stream will be simulcast on CBSN, the 24-hour digital streaming news service from CBS News. CBSN coverage begins around 7:45 p.m. Central/ 8:45 p.m. Eastern. 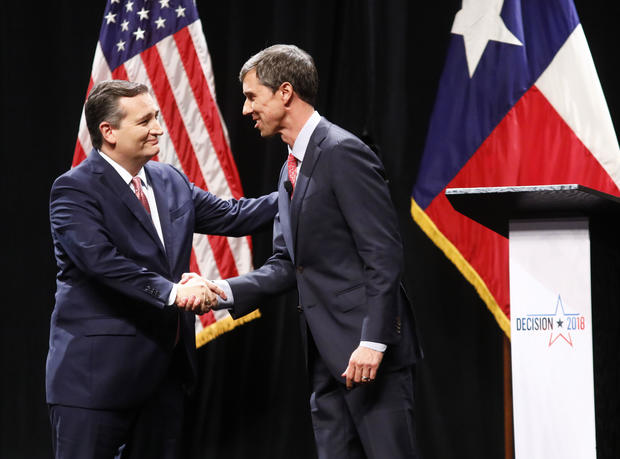 Democrats to take the majority in the Senate after inauguration

There are more moms in Congress than ever before