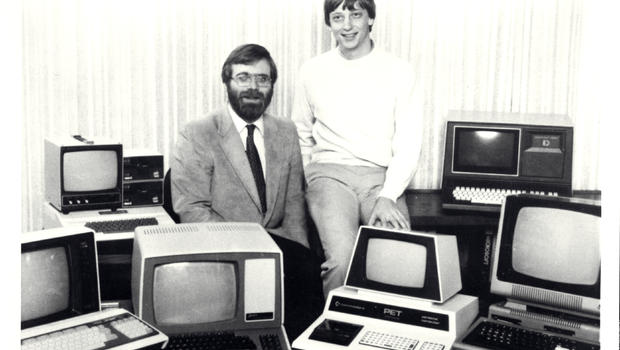 By Peter Martinez CBS News October 15, 2018, 10:13 PM "He changed the world": Reaction to Paul Allen's death pours in across the world

Paul G. Allen, who co-founded software giant Microsoft with childhood friend Bill Gates prior to becoming a billionaire philanthropist, died Monday in Seattle at the age of 65, according to a statement by his company, Vulcan Inc., on behalf of the family. Allen had been battling non-Hodgkin's lymphoma.

As soon as the news spread, a flurry of tributes and statements were released. Gates remembers Allen as one of his "oldest and dearest friends" and "personal computing would not have existed without him."

Allen had invested his wealth in conservation, space travel, arts and culture and professional sports. He owned the Portland Trail Blazers and Seattle Seahawks, which many on those teams spoke out fondly in Allen's memory.

In 1986, Allen and his sister founded Vulcan, the investment firm that oversaw his businesses and philanthropic efforts.

"Millions of people were touched by his generosity, his persistence in pursuit of a better world, and his drive to accomplish as much as he could with the time and resources at his disposal," Vulcan CEO Bill Hilf said in a statement.

Here is a round-up of reaction to Allen's death across the tech, sports and entertainment world.

All of us who had the honor of working with Paul feel inexpressible loss today. He possessed a remarkable intellect and a passion to solve some of the world's most difficult problems, with the conviction that creative thinking and new approaches could make profound and lasting impact.

Millions of people were touched by his generosity, his persistence in pursuit of a better world, and his drive to accomplish as much as he could with the time and resources at his disposal.

Paul's life was diverse and lived with gusto. It reflected his myriad interests in technology, music and the arts, biosciences and artificial intelligence, conservation and in the power of shared experience – in a stadium or a neighborhood – to transform individual lives and whole communities.

Paul loved Seattle and the Pacific Northwest. The impact of Paul's efforts can be seen here at every turn. But the true impact of his vision and generosity is evident around the globe.

Paul thoughtfully addressed how the many institutions he founded and supported would continue after he was no longer able to lead them. This isn't the time to deal in those specifics as we focus on Paul's family. We will continue to work on furthering Paul's mission and the projects he entrusted to us. There are no changes imminent for Vulcan, the teams, the research institutes or museums.

Today we mourn our boss, mentor and friend whose 65 years were too short – and acknowledge the honor it has been to work alongside someone whose life transformed the world.

Paul Allen's contributions to our company, our industry and to our community are indispensable. As co-founder of Microsoft, in his own quiet and persistent way, he created magical products, experiences and institutions, and in doing so, he changed the world. I have learned so much from him – his inquisitiveness, curiosity and push for high standards is something that will continue to inspire me and all of us at Microsoft. Our hearts are with Paul's family and loved ones. Rest in peace.

I am heartbroken by the passing of one of my oldest and dearest friends, Paul Allen. From our early days together at Lakeside School, through our partnership in the creation of Microsoft, to some of our joint philanthropic projects over the years, Paul was a true partner and dear friend. Personal computing would not have existed without him. But Paul wasn't content with starting one company. He channeled his intellect and compassion into a second act focused on improving people's lives and strengthening communities in Seattle and around the world. He was fond of saying, "If it has the potential to do good, then we should do it." That's the kind of person he was. Paul loved life and those around him, and we all cherished him in return. He deserved much more time, but his contributions to the world of technology and philanthropy will live on for generations to come. I will miss him tremendously.

While most knew Paul Allen as a technologist and philanthropist, for us he was a much-loved brother and uncle, and an exceptional friend.

Paul Allen stands as a giant in Washington history for the genius vision that was so important to creating Microsoft with Bill Gates. That he went on to do so much more for our state, nation and the world puts him in rarefied company.

Paul Allen was the driving force behind keeping the NFL in the Pacific Northwest. His vision led to the construction of CenturyLink Field and the building of a team that played in three Super Bowls, winning the championship in Super Bowl XLVIII. The raising of the "12th Man" flag at the start of every Seahawks home game was Paul's tribute to the extraordinary fan base in the Seattle community. His passion for the game, combined with his quiet determination, led to a model organization on and off the field. He worked tirelessly alongside our medical advisers to identify new ways to make the game safer and protect our players from unnecessary risk. I personally valued Paul's advice on subjects ranging from collective bargaining to bringing technology to our game. Our league is better for Paul Allen having been a part of it and the entire NFL sends its deepest condolences to Paul's family and to the Seahawks organization.

Paul was a remarkable pioneer, a generous philanthropist and a special partner for us. SKG wouldn't have been possible for us without him. Our hearts and prayers are with him and his family.

Paul was a true son of Seattle who made his beloved city – and our world – a better, more vibrant place. For generations to come, Seattleites and people across our planet will benefit from his vision, innovation, and generosity. He quite literally helped invent the future.

Paul Allen was the ultimate trail blazer – in business, philanthropy and in sports. As one of the longest-tenured owners in the NBA, Paul brought a sense of discovery and vision to every league matter large and small. He was generous with his time on committee work, and his expertise helped lay the foundation for the league's growth internationally and our embrace of new technologies. He was a valued voice who challenged who challenged assumptions and conventional wisdom and one we will deeply miss as we start a new season without him. Our condolences go to his family, friends and the entire Trail Blazers organization.

Today we mourn the loss of Paul G. Allen, a man of extraordinary vision, leadership and generosity whose impact on our world is profound. Paul was a true innovator – co-founding Microsoft and launching the revolution that put a computer on every desktop – and what many would call a Renaissance man. The breadth of his curiosity was a hallmark of his life, whether it was delving into the mysteries of the brain, exploring the promise of artificial intelligence, working to protect endangered species, rocking out on the electric guitar or cheering on his beloved Seahawks.

The Associated Press contributed to this report. 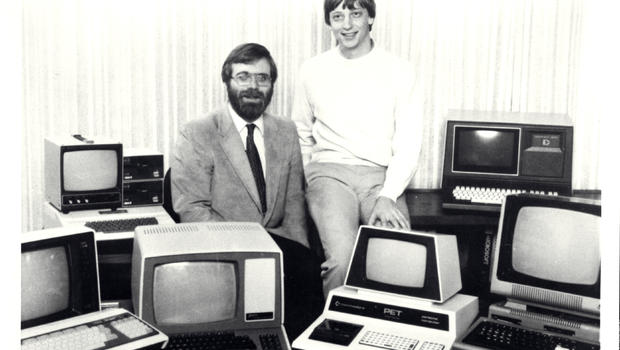