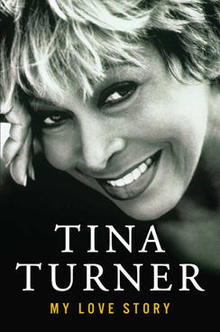 Rock and roll legend Tina Turner does not miss performing. "I became tired of it," she told "CBS This Morning" co-host Gayle King. "It was just one party. It was traveling all the time, never being at home. When I retired, I said, 'Enough of Tina now! I don't want to hear any more. I want to retire. want to go in my garden. I want to shop, I want to do things that people that's not a star do!"

In Part One of Gayle King's interview with Tina Turner, which aired on CBS' "Sunday Morning" October 14, the singer talked about her relationship with Ike Turner, the death of her son Craig, and finding serenity in retirement in Switzerland.

At 78 Turner has published a new memoir, "My Love Story" (Atria Books, an imprint of Simon & Schuster, a division of CBS). After more than 50 years in the spotlight, she has given up her U.S. passport, and now calls Zurich, Switzerland her home.

"Do you miss living in the United States?"

"No, because when I lived in the states, they didn't give me the freedom that the other countries gave me. Maya Angelou came to me at one of Oprah's gatherings, I said, 'You know, America just never really liked me.' She says, 'No, while you were with Ike.'"

"Ike" is Ike Turner. Tina says she endured years of emotional and physical abuse until their rocky marriage ended in 1978. In 2007, Ike died of a drug overdose.

Tina was 46 when she fell in love with German record producer Erwin Bach in Germany back in 1985. They got married five years ago.

Upon first seeing Bach, she told King, "It was a body reaction. It was my heartbeat, and I was shaking. Erwin was only 30 years old. I think I was probably starting to age, But I was still Tina with the big hair. I thought, 'Oh, my gosh, what a good looking man!' But I didn't think he was young; I didn't think I was old. At that moment I just felt, oh, I felt love."

Tina details that love story in her new memoir. She also reveals the philosophies that guided her one-of-a-kind career.

"You also say you didn't play for the men in the audience, you played for the women," said King.

"When the women sat there and gave me that side-look that they didn't like me – I was attractive for the men, I think, at that time – I thought, 'I have to find out how to get those women on my side.'"

"Yeah, I was trying to say to them in my performance, 'I'm here for you. I'm here not just for the men.'"

King also brought up one of Turner's trademarks. "I just have to say something about the legs. 'Cause I would sit there with my mouth open looking at your legs going, 'Good lord.'"

"I think it was the dress," Turner said, "The length of the dress and the shoe that made a good leg!" 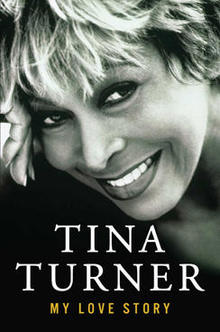 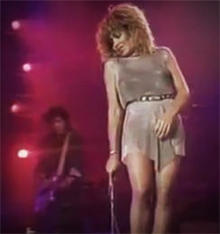