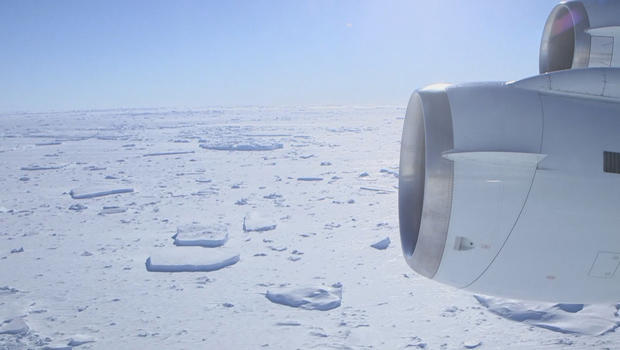 It can seem like flying across the surface of a distant, frozen planet, which you might expect from NASA. But this flight is a lot closer to home – just 1,500 feet above the most remote place on Earth: Antarctica, where the frozen wastes are becoming less frozen all the time. As NASA scientist John Sonntag says, they're not here for the view. "It's because humanity, the nation and the race, basically, we need to know what's happening to the climate, and specifically to sea level," said Sonntag.

And a lot of what's happening to sea level starts at the poles, where that ice is either liberated or sequestered … melted or frozen.

NASA's "Operation IceBridge" flies planes to Antarctica from South America to study how fast that continent's ice is melting.

For a decade this time of year, NASA has been flying to Antarctica out of Punta Arenas, Chile, in a 50-year old DC8 jammed with high-tech equipment and highly-trained scientists: The world's hottest climate science in the world's coldest place.

Down below, it may look like just snow and ice, but this plane can see a lot more than the eye can see. It's got lasers and radars and cameras and even a gravity sensor, the most expensive thing on board, that can map the sea bed.

"I like to think about what we do, in a very simplified manner, is just taking a yardstick to the ice year after year," Sonntag said.

And that yardstick is not only finding less ice; it's finding that the ice melting is speeding up.

Research stations on the ground can see the ice loss on a local scale. But you've got to get up in the air, says Joe MacGregor, the mission's chief scientist, to get the big picture.

"Presently, the Antarctic ice sheet is discharging more than two Olympic-sized swimming pools worth of ice into the ocean every second," MacGregor said.

At that rate, Antarctica alone could cause as much as six inches of sea-level rise this century. "That's of clear concern to coastal communities, not just in the United States, but coastal countries around the world," MacGregor said.

Why has the melting increased? This flight flew over one area that seems to reveal part of the secret. Warming seas since the 1970s have turned what was once a thick, solid sheet of ice attached to the coast, the Wordie Ice Shelf, into a collection of icebergs linked by a thin film of ice.

And that has allowed the massive Fleming Glacier behind it (which the ice sheet used to block) to flow into the ocean at at least twice as quickly.

Correspondent Mark Philips asked, "There's an ice shelf, it disintegrates, then what happens?"

"Then what happens is the cork is out of the bottle, and the ice can accelerate for a while," MacGregor replied.

What used to seem so frozen and so permanent is now fluid and changing … fast. 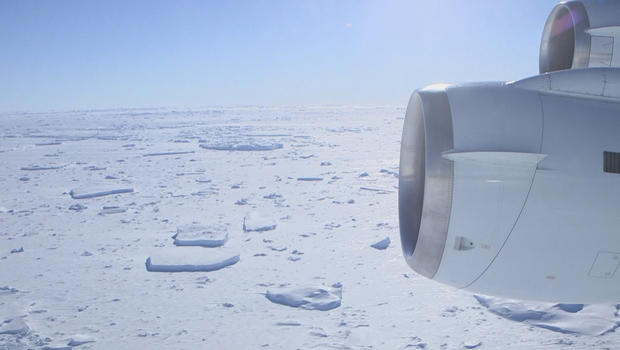 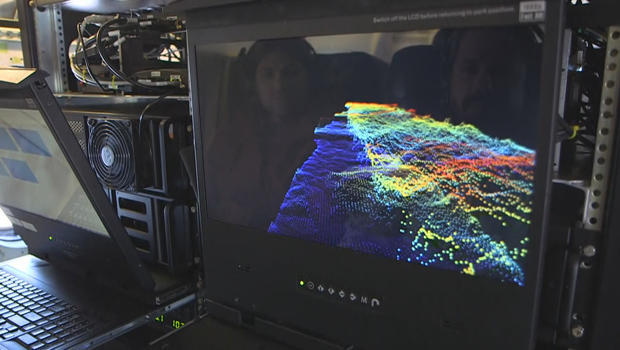 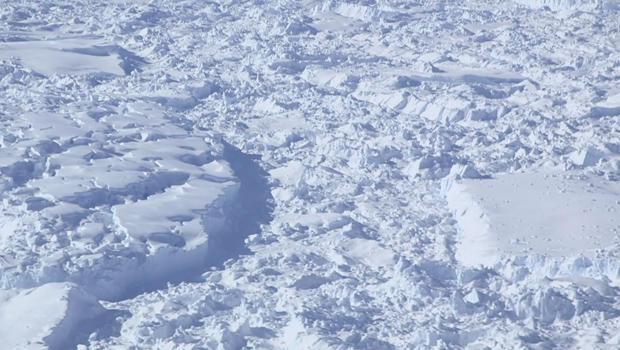