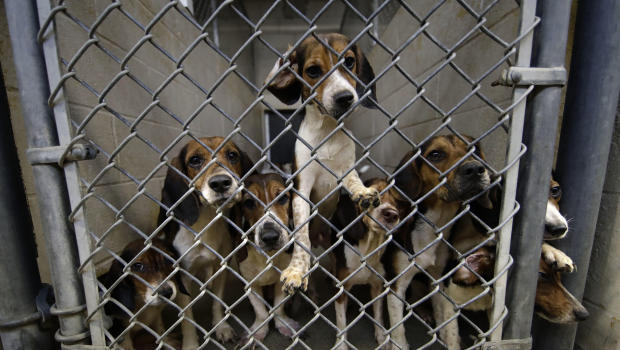 ALLENTOWN, Pa. — The tale of 65 beagles rescued from a hoarding situation in Pennsylvania led to an outpouring of donations for an overwhelmed shelter housing the dogs. Last week, animal welfare workers removed the dogs from a cramped house, where officials said a woman had been breeding them without a license before she died.

Many of the dogs were sickly and underweight and all of them had fleas. Several had symptoms of mange and others had vision issues.

Workers with the Lehigh County Humane Society turned to Facebook to ask for dog food and donations. Since the story broke, Mary Shafer, the Humane Society's executive director, said they've run out of room to store any more food, but monetary donations are still needed. She said the staff has been amazed at the response, and cards sent from all over the country are helping staff morale.

The shelter typically handles 200 animals at the time, and the influx of the rescued beagles overwhelmed the large dog area of the shelter. Initially, they counted a few of the dogs twice, and Shafer said they mistakenly thought they had 71 beagles, not 65.

The dogs are all improving and the shelter is working to finish spaying and neutering the animals. They're expected to be ready for adoption soon, possibly by next week. 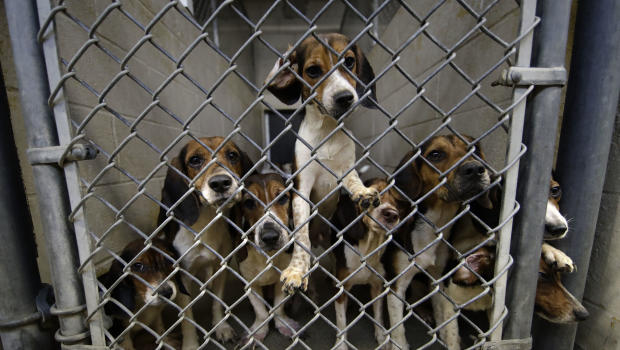